HomeOther TechAppsFacebook will now tell you why you see a particular post in... 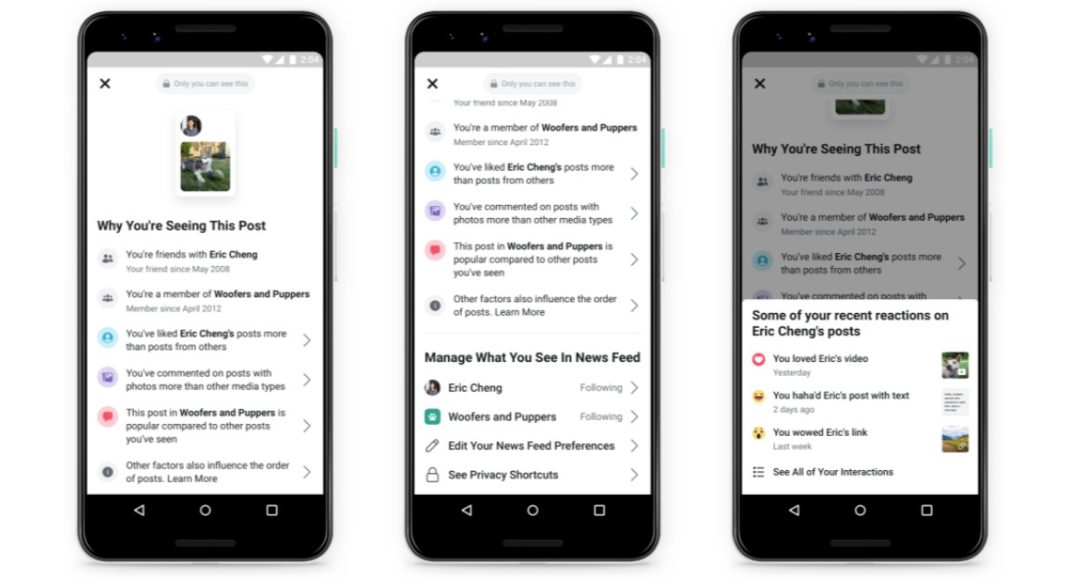 Social media giant Facebook has announced a new feature called ‘Why am I seeing this post?’ The newly launched feature by Facebook enables users to see information about why a particular post has been made to appear on their News Feed. Users will be able to access this information from within the Facebook app. The company rolled out the new feature on its app on Sunday and it is basically an extension of an existing feature that Facebook already provides for advertisements.

It is also worth mentioning that with the new feature, users would not only be able to know why a particular post has shown up on their News Feed, but will also be able to decide if he wishes to see posts like it in future.

To access the new option, you can head to the drop-down menu on the top-right corner of the post. Once you click on it, you will be able to see Facebook’s explanation about why the social media platform thought that you may be interested in it. The answer may involve the number of times you have interacted with the post’s author or page in the past, the type of posts you often engage with, and the post’s overall popularity.

In addition to this, the newly rolled out feature will also able to show users shortcuts to tools that let you control whether or not you wish to see such posts in the future. Among these tools will the options of See First and Unfollow. There will also be an option of linking to your News Feed Preferences.

We should mention that Facebook is also upgrading it “Why am I seeing this ad” feature that is already available on the platform. With the feature, presently, Facebook gives users information about why it has targeted an advertisement towards you. So, on clicking on it you may be able to know that you are getting to see an ad because an advertiser has targeted people of your age, gender or who have interests like you. Going forward, the feature will also share details like whether the advertiser uploaded a mailing list that had the user’s email address in it.

The company has also added that the changes will begin rolling out starting this week and it intends to make them available to all its users by the middle of May.

Although these changes add more transparency to the way the social media platform works, it doesn’t go against the personalization tools that tend to show users only kind of viewpoint for any situation.

Aadvikahttp://www.gadgetbridge.com
Facebook
Twitter
WhatsApp
Linkedin
ReddIt
Email
Previous articleWolfenstein: Youngblood Deluxe Edition is up for pre-orders
Next articleGoogle has elaborately planned jokes for 2019 April Fools’ day: Here’s a look at all of them