HomeNewsFacebook's mobile app is getting a dedicated gaming tab

Facebook’s mobile app is getting a dedicated gaming tab 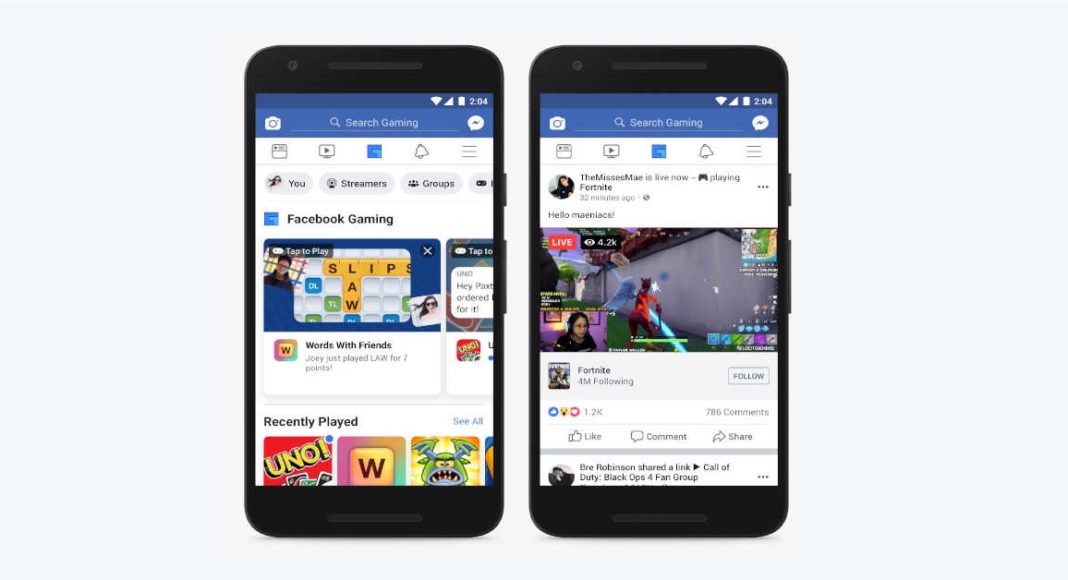 Last year was not a good one for Facebook. The social media giant was embroiled in one data breach after the other and while most users did not end up leaving the platform, the company did lose out on its users’ trust to an extent.

While earlier people shared their details on Facebook without a second thought, today there are those who are very guarded about their personal details on the social media platform. And this is particularly true for information that involves money, like credit card numbers.

In order to somehow reverse this attitude, Facebook has adopted a new strategy since the beginning of the year. The company has rolled out some enhanced privacy controls for its users and at the same time, it is also adding interesting features on its website and app that would make users hooked again.

Today, Facebook has launched another such feature on its mobile app that is specifically aimed at gamers. The social media app will now have a dedicated gaming hub where users would be able to explore content related to games. Facebook has made sure that the gaming hub looks like a separate section on its app. And for this, the social media giant has dedicated a tab for the gaming hub. The company is also adding it to the sidebar and also as an option for the customizable navigation bar.

The hub will be a central place where users will be able to play Facebook’s Instant Games and at the same time, look for new ones. Users will also be able to wat gaming videos from streamers and connect with various gaming groups that are already on the social media platform.

We should mention that this move by Facebook is obviously an attempt to make a number of gamers come to its platform. Also, the new feature automatically makes Facebook compete with the likes of Twitch and YouTube. However, we have our doubts if only a hub on its app will be enough to make gamers pick Facebook over their preferred gaming platform.

We should mention that the feature is being rolled out in a phased manner by the social media platform, so don’t be surprised if you don’t find it on your app yet. In addition to this, the beta-test of a standalone of Facebook Gaming app for Android has also begun. According to the company, the app would offer far more features as compared to the current app. This surely indicates that Facebook is indeed ready to go up against the already established gaming platforms.

Avani Baggahttp://www.gadgetbridge.com
Avani has an immense love for reading, travelling and food, but not necessarily in the same order. Avani almost started pursuing law, but life had other (better) plans for her and she chose to be a writer instead (luckily!) She previously covered technology at Times Internet and wrote about smartphones, mobile apps and tech startups. When she’s not writing, you’ll be able to find her in book stores or catching up on her social life.
Facebook
Twitter
WhatsApp
Linkedin
ReddIt
Email
Previous articleMicrosoft will let users add up to 50 participants on Skype group video chats
Next articleWhatsapp working on an in-built web browser