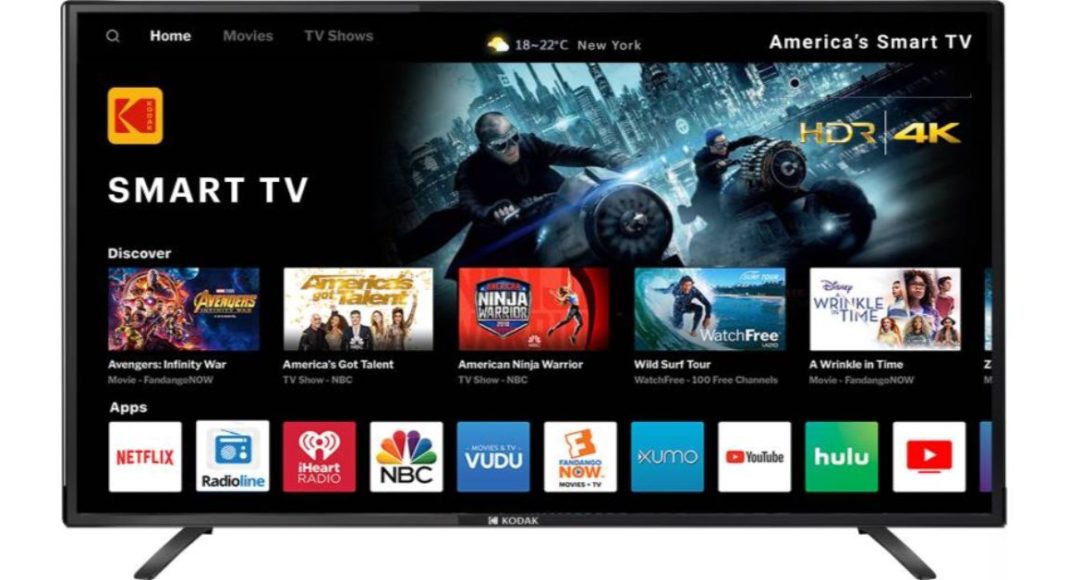 Big Shopping Days sale on Flipkart is coming to a close on May 19, which leaves you with only two more days to make the most of the discounts and offers on the website. We have already told you about the smartphone deals that you shouldn’t miss out on, and today, we’ll tell you about some good deals that are available on Kodak HD LED TVs during Flipkart Big Shopping Days sale.

The company has announced that it has “come up with some exciting offers this Flipkart Big Shopping Days, which will give the customers a reason to sit back at their homes and relax in the scorching summer. ”

During the Flipkart sale, the Kodak 55UHDXSMART (4K) TV will be available to buy at Rs 33,999 instead of Rs 36,999. The company has claimed that the price cut would make it India’s most affordable 4K TV with Kodak’s smart wall, having 10 million of content variety available.

The key highlights of the 4K TV are 55-inch Ultra HD screen, Cortex CA53 Processor, 1 GB of RAM, 8GB of onboard storage. It has support for all the major apps and comes with 20W speaker output.

Kodak has added that during Flipkart’s sale, its televisions would start at Rs 6,999 (Kodak 22FHDX900S TV) and will go up to Rs 33,999 (Kodak 55UHDXSMART) for the 4K TV. We should mention that the Flipkart Big Shopping Days sale would be the second time that the company will be offering its XPRO 32-inch Full HD LED TV at Rs 10,499. Prior to this, it was available at the same cost during the Amazon Summer Sale. The key features of the television are a 32-inch HD display, Cortex CA53 Processor, 1GB of RAM and 8GB of internal storage. It supports all the major apps and has a 20W speaker output.

To recall, Kodak entered the Indian markets in August 2016, and since then it has focussed on launching Smart LED TV’s and UHD TV’s that cater to the growing Indian consumer base. The company has launched HD, FHD and 4K UHD series in this short time span. SPPL has been striving to ensure that the Indian market experiences superior technology at affordable prices.

There are other deals available on Flipkart too. A number of premium smartphones are also available at discounted prices. You can check out these deals here to know which one is the best for you.

Avani Baggahttp://www.gadgetbridge.com
Avani has an immense love for reading, travelling and food, but not necessarily in the same order. Avani almost started pursuing law, but life had other (better) plans for her and she chose to be a writer instead (luckily!) She previously covered technology at Times Internet and wrote about smartphones, mobile apps and tech startups. When she’s not writing, you’ll be able to find her in book stores or catching up on her social life.
Facebook
Twitter
WhatsApp
Linkedin
ReddIt
Email
Previous articleVivo Y91 with 3GB RAM quietly launched in India: Price and specifications
Next articleRedmi Note 7S teaser image shows Red variant, camera samples also shared by Xiaomi