Fortnite update 8.20 brings the ‘Floor is Lava’ mode: Here’s everything that has changed 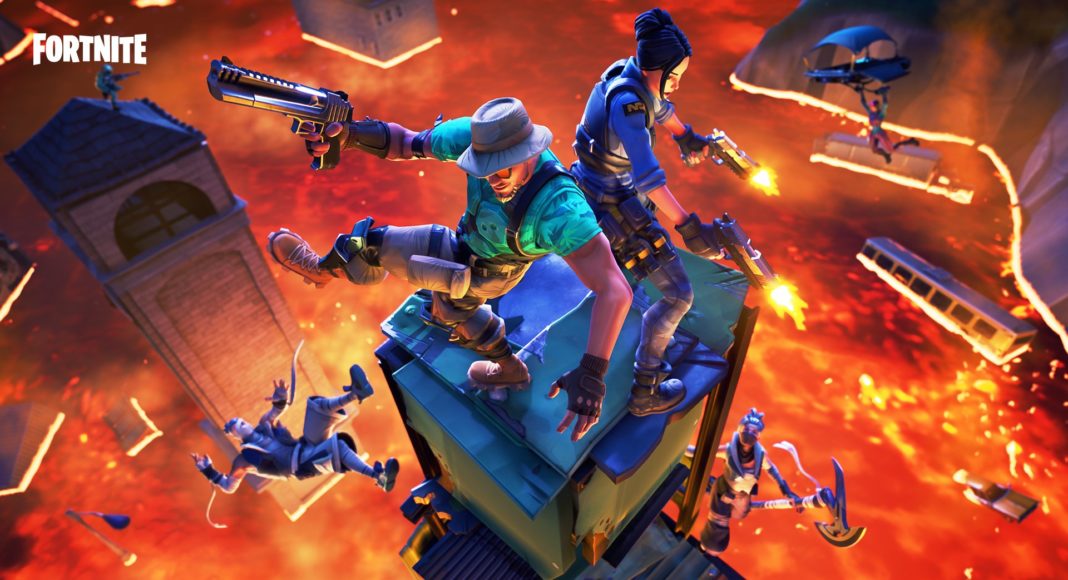 In the midst of the arrival of new and more engaging battle-royale like Apex Legends and Battlefield Firestorm, Fortnite has released a new update for its game. The new update – Fortnite 8.20 brings new features, tweaks and fixes over the last update and a new limited time mode called the Floor is Lava.

As the name suggests, in the new mode, the Floor becomes Lava. So basically, Lava rises from the lowest parts of the map and the players has to save themselves from the rising Lava, the zone and the other players as well to be victorious. For the new mode, the company behind Fortnite, Epic Games said that the players now need to drop in fast and quickly loot the guns, armours and building materials to reach the higher ground before the lower ground gets consumed by Lava.

The new update is 150MB in size for the iOS with additional in-game download after the update is finished. The new update also adds other features such as fixes for the 21:9 aspect ratio and reactivating voice chat for iOS.

Floor Is Lava LTM: A few minutes into the match, the lava will begin to rise. The lava moves at a steady speed until the entire map is covered. Touching the lava will apply damage directly to your health and bounce you up in the air. You can build on the lava. Players will be given a small number of materials every second, to help out in those “entire map is on fire” situations.

Fortnite has around 250 million registered players as Epic Games noted at the GDC 2019. The numbers are huge as the game was released only 18 months ago and since then the numbers kept on growing. The company also said that at its highest point, the game saw more than 10.8 million players online.

Downtime has completed for the v8.20 update. Fire away in the new Floor is Lava LTM, coming soon! pic.twitter.com/1HP7n4a9XP

But it should be noted that the new update comes days after the Battlefield Firestorm was released. With the inclusion of Firestorm in the battle royale genre, the competition has gotten tougher so the new update might add ‘new-ness’ to the game.

Aman Singhhttps://www.gadgetbridge.com/
Aman Kumar Singh has a Masters in Journalism and Mass Communication. He is a journalist, a photographer, a writer, a gamer, a movie addict and has a love for reading (everything). It’s his love of reading that has brought him knowledge in various fields including technology and gadgets. Talking about which, he loves to tweak and play with gadgets, new and old. And when he finds time, if he finds time, he can be seen playing video games or taking a new gadget for a test run.
Facebook
Twitter
WhatsApp
Linkedin
ReddIt
Email
Previous articleWhatsApp for Android’s beta version gets Dark Mode, but there’s a catch
Next articleSpotify to soon get personalised editorial playlists