Free Fire Season 30 Elite Pass now being rolled out, the new update is based on the Ultrasonic Rave music inspired theme 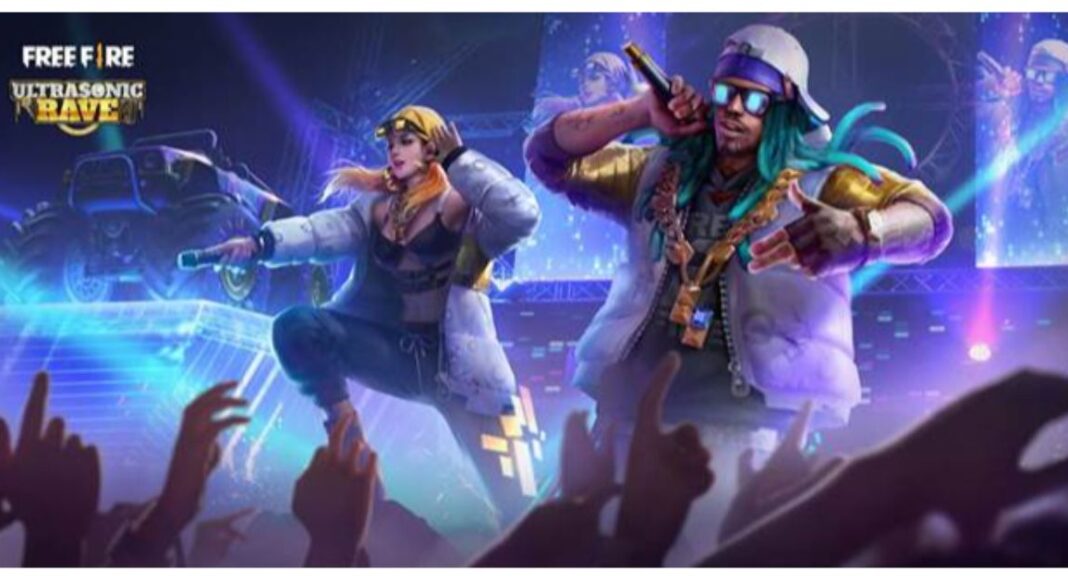 Another new month and another new Elite Pass has been announced for the popular mobile game Garena Free Fire.  The company will be dropping some major beats in its latest Elite Pass (EP), Ultrasonic Rave. This time the Free Fire Season 30 Elite Pass update will be based on music

The Ultrasonic Rave will be focusing on a supercity where music will be used to bring people together or tear them apart in a number of ways. Moreover, the other countries will be trying to steal this technology for themselves, protagonists Ultrasonic Guards Cooper and Candy are tasked with keeping the peace and keeping the city’s tech out of the hands of outsiders. In addition to this, the rewards to be offered are Stage Master and Starlet skins, the Victory Tune backpack skin, the Mic Drop grenade skin, and more.

According to the company, Free Fire Season 30 Elite Pass theme will be based on a city in the Ultrasonic Rave EP that has kept itself tucked away from the rest of the world, developing a sound-based technology that can be used as weaponry. Shortly after its borders were finally reopened, city guards have seen an uptick in foreigners sneaking into the music capital to discover its secrets. Two of the best guards, Ultrasonic Guards Cooper and Candy, have been hitting the streets and challenging troublemakers to musical showdowns. These performances have given them the reputation of being the best beat-fighters and show-downers, both inside and out of town.

In addition to this, the survivors in the Garena Free Fire Ultrasonic Rave can also be dressed up as a Stage Master Cooper or Stage Starlet Candy and earn the respect of their opponents. To complete the look, they can also earn the Victory Tune backpack skin, the Tomb of Boom loot box skin, the Ultrasonic Rave surfboard, and end their skirmishes with the Mic Drop grenade skin.

Bringing more elements to the game the new Free Fire update will come with a retro hip-hop style aesthetic in which both Cooper and Candy can be seen wearing oversized iconic golden accessories, baggy pants, puffy jackets, and a matching arcade game special effect.

Komila Singhhttp://www.gadgetbridge.com
Komila is one of the most spirited tech writers at Gadget Bridge. Always up for a new challenge, she is an expert at dissecting technology and getting to its core. She loves to tinker with new mobile phones, tablets and headphones.
Facebook
Twitter
WhatsApp
Linkedin
ReddIt
Email
Previous article
Here’s how Twitterati react after PUBG MOBILE terminates all service in India
Next article
Know how Flipkart strengthens its gaming strategy