Game of Thrones Season 8 trailer is out: Get all the details here 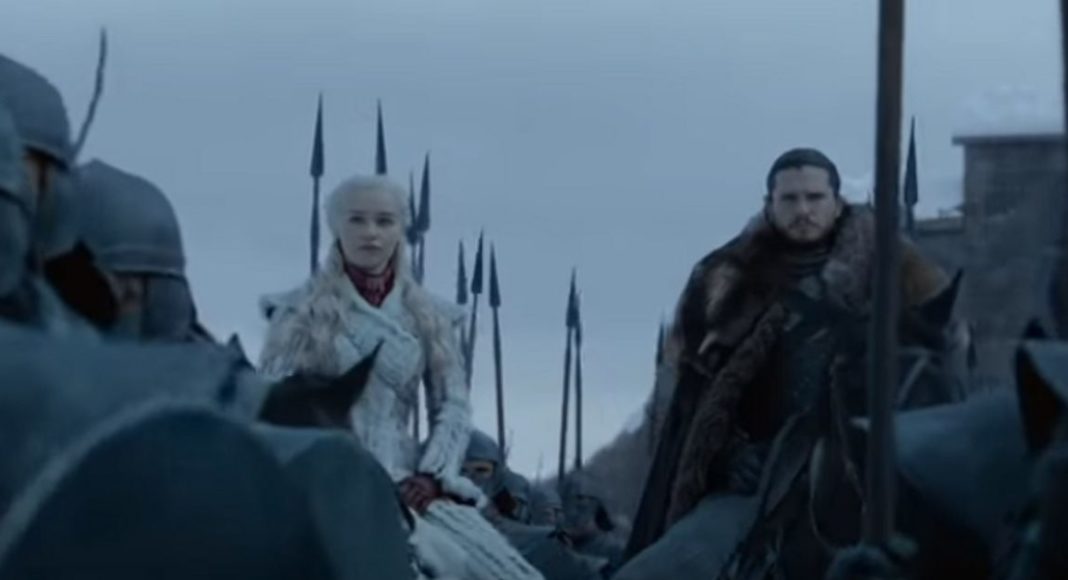 After making fans wait for months, HBO has finally released the full-length trailer of Game of Thrones Season 8, which will put an end to the fantasy saga that is watched by scores of people across the globe. The final season of Game of Thrones will begin on April 15, 2019, in India and will show us the final battle between the living and the dead, since the White Walkers have now managed to break the Wall and enter Westeros.

Also, we shouldn’t forget that the Night King now has an undead ice dragon, which is definitely not very good news for the living. Another question that everyone is waiting to get an answer for is that who will sit on the Iron Throne at the end of the series, that is if there will be a throne at all. However, we will have to wait to get these answers.

For now, we at least have the trailer which begins with Arya Stark (Maisie Williams) running away from an unseen danger at the Crypts of Winterfell. Then, she is shown talking about death calmly in a different scene where she holds up a dagger made up of dragon-glass.

We get shots of the Golden Company on a Greyjoy ship coming to Westeros. To recall, we should add here that in Season 7, Cersei Lannister (Lena Headey) had mentioned that Euron Greyjoy (Pilou Asbæk) had gone to get them from Essos. However, it is worth mentioning that we don’t get to see anyone from the Golden Company meet Cersei in the trailer. Could this mean that Euron Greyjoy is probably going to get them for himself and not for the Queen? Again, we will have to wait to find out.

Moving on, the trailer shows Tormund Giantsbane (Kristofer Hivju) and Beric Dondarrion (Richard Dormer), thus confirming that the two did not die when the Wall was brought down by undead Viserion and Night King. We also get a shot showing Bran Stark (Isaac Hempstead-Wright) and Samwell Tarly (John Bradley).

This is followed by Jon Snow (Kit Harrington) and Daenerys Targaryen (Emilia Clarke) with the Unsullied army arrive at Winterfell, where they are supposed to lead the Great War. The trailer then shows the two remaining dragons — Drogon and Rhaegal — fly over Sansa Stark (Sophie Turner). And we have to say, there is nothing like seeing someone see a dragon for the first time! Jon then talks about the White Walkers, telling his audience (whom we don’t get to see) what makes them more dangerous than any other enemy.

And last but definitely not the least, we get to see Jamie Lannister (Nikolaj Coster-Waldau) reach Winterfell, where he says that he is there to keep his word and wants to pledge his cause to the living. The trailer ends showing the hooves of an undead horse.

That’s all that the trailer showed us! For more, we would all have to wait for April 15, 2019. You can watch the show on HotStar and Star World.