This is Garena’s efforts to delight the Indian gaming community with a localised gaming experience. 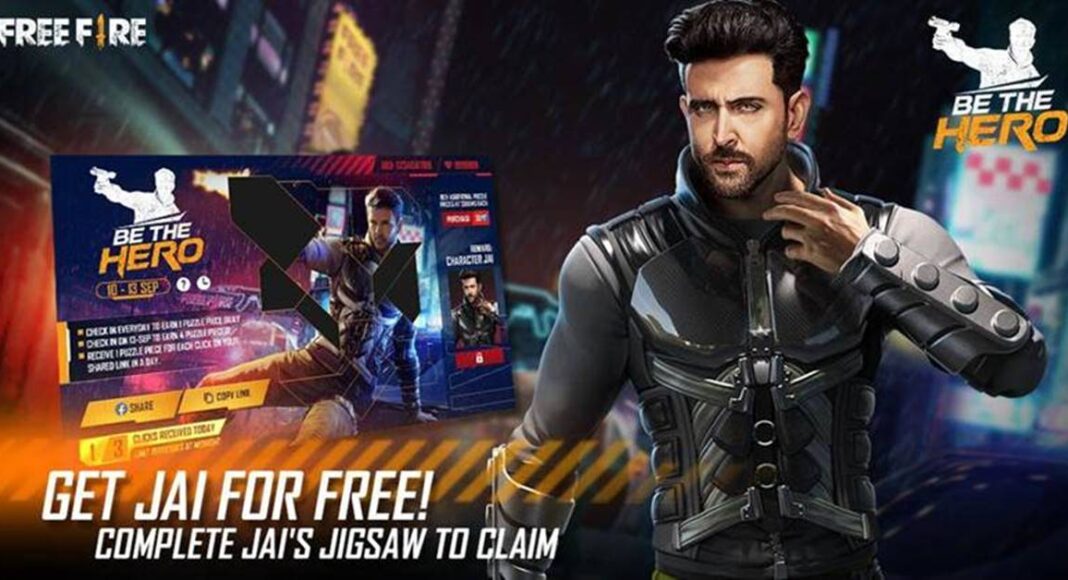 In order to attract PUBG fans in India, Garena has launched its latest update in collaboration with Bollywood superstar Hrithik Roshan. As part of the new “Be The Hero” campaign, players will be able to redeem Hrithik’s playable character, Jai; his costume bundle; and other exciting rewards by completing in-game missions. As the first Indian character to feature in Free Fire, this partnership builds on Garena’s efforts to delight the Indian gaming community with localised gaming experience.

According to Garena, Jai will come equipped with the Raging Reload skill. Once an opponent is taken down, the gun’s magazine automatically gets reloaded by up to 25 percent of its capacity for ARs, SMGs, and pistols.

Garena has also listed down the rules of this Jigsaw Puzzle in-game event. Check it out:

Additionally, the Golden Magazine event will task players with collecting golden magazine tokens by completing missions between 5 to 15 September. Players will need to accumulate 30 golden magazine tokens to exchange them for Jai’s exclusive costume bundle. However, the exchange will only open from 13 to 15 September, so players should make sure to complete as many missions as they can.

And if you too wish to celebrate the “Be The Hero” campaign, Garena has also created a Facebook profile frame for all fans to use. Here’s how fans of Free Fire and Hrithik can add the superstar to their profile pictures.

In order to check more exciting updates from Free Fire, one can head over to the following links:

So what are you waiting for? Get set and start!