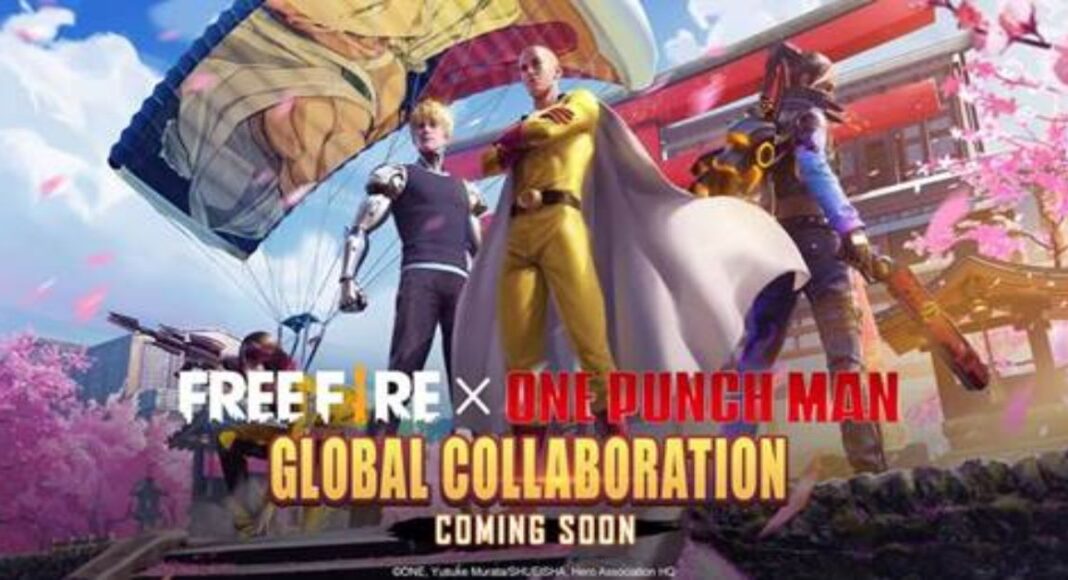 Free Fire is always coming up with great content to attract more fans in India.  Garena has launched its latest crossover event. The company has now collaborated with the popular anime series One Punch Man. The Free Fire x One Punch Man Crossover Event will be offering players from all over the world access to playable in-game content.

Harold Teo, Free Fire Producer at Garena said, “We’re excited to welcome one of Japan’s most iconic heroes into the Free Fire universe. We’re always looking to create novel, in-game content infused with influences from across the world and believe that our partnership with One-Punch Man will offer our global community of players even more opportunities to battle in style.”

The latest on the Free Fire x One-Punch Man partnership will offer anime-themed content to the gameplay along with other updates. The players can obtain iconic One-Punch Man costumes and in-game items and collectables. This will allow players to enable channel Saitama’s ability to defeat any opponent with a single punch.

According to Garena Saitama only became a hero for fun, but after three years of “special” training, he finds that he can beat even the mightiest opponents with a single punch. “One-Punch Man” is an action story that depicts the battle of the strongest hero “Saitama”.

As of now, the company has not revealed much information and you should stay tuned to Gadget Bridge for more updates that are coming to the Free Fire.

Right now Operation Chrono is going on and the Free Fire has collaborated with Cristiano Ronaldo as a new character for Operation Chrono. The new gameplay has been transformed into a futuristic slum universe and the character Chrono is making an attempt to prevent the dystopian state of the universe from spiralling downhill further. Chrono cannot do it alone and has enlisted the support of Free Fire players from all over the world to join the battle.

The main interface of the game has been taken over by various elements of Operation Chrono where the players can participate in daily tasks for Chrono Mission to obtain various unlockables. Whereas on the spawn island a portal will let the players travel between the new futuristic slum universe and the classic Free Fire universe. Chrono will be equipped with skills that will allow it to create and force field that blocks damage from enemies while being able to still attack opponents from within the force field. Chrono and his allies within the force field will also see their movement speed increase when the skill is activated. There will be an entire collection of fashion items, inspired by Operation Chrono such as S Class costumes, AUG gun and Katana. Also, there will be two new game modes– Cosmic Racer and The Chosen One along with in-game features that will be accessible to all the players.

Komila Singhhttp://www.gadgetbridge.com
Komila is one of the most spirited tech writers at Gadget Bridge. Always up for a new challenge, she is an expert at dissecting technology and getting to its core. She loves to tinker with new mobile phones, tablets and headphones.
Facebook
Twitter
WhatsApp
Linkedin
ReddIt
Email
Previous article
Oppo A15s goes on sale in India today for the first time
Next article
Call of Duty Mobile India Cup announced, tournament registration opens: Here are all the details