The campaign will include a host of in-game events that will include legendary gun skins, an Indian themed costume, emote and more 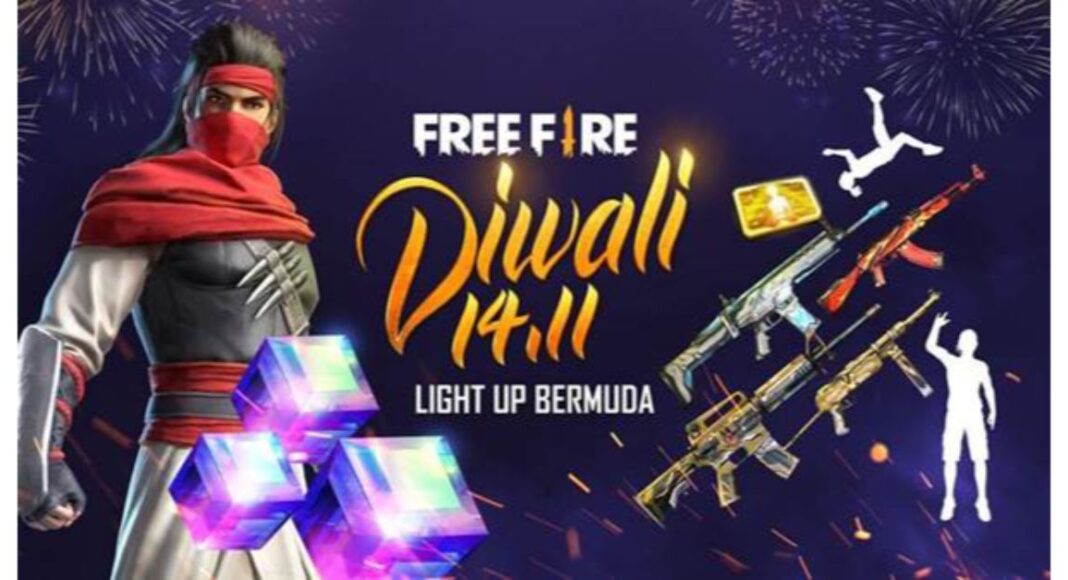 The online game’s developer Garena has introduced a new campaign for the Indian player. For this festive season, the publisher has announced a brand-new campaign ‘Light Up Bermuda’. The latest Free Fire event will bring a host of localised in-game events to delight the Indian gaming community with localised content.

Free Fire has announced Light Up Bermuda for the Indian community to enjoy the festival of lights while staying safe at home. This will bring in-game events specialised for India that will include gun skins, an Indian themed costume, emote, and other collection items. In addition to this, the company has also launched its official Diwali 2020 music video, ‘Jeet’, by celebrated Indian singer-songwriter Ritviz. The video showcases popular actors celebrating Diwali with Free Fire while cosplaying as some of the most loved characters in the game.

While the Diwali-themed tournaments consist of three tournaments: Light Up Bermuda, Diwali Ludo and Balloon Burst.

Light Up Bermuda will allow the participants to collect diyas (lamps) from missions and light up the Bermuda map with other players on the server to unlock a magic cube on Diwali. Whereas the players can collect rocket tokens on the game map to play Diwali Ludo. The participants can get the chance to obtain the Indian Fearless Warrior Costume which is the Free Fire’s first-ever Indian costume. In the Balloon Burst event, you can complete daily missions to pop balloons and unveil free prizes including a costume, vouchers, and also discount offers.

According to Garena the peak day for the campaign will be on November 14 that is Diwali. So, the players log in to collect a free magic cube and many more surprises. While the BOOYAH App will be hosting the Diwali Dhamaka tournament on the BOOYAH India Official Channel on Diwali from 3 PM to 5:30 PM. This tournament will be offering 12 BOOYAH! partner streamers that will compete against each other in the classic battle royale game mode that will make them win Free Fire diamonds from a total prize pool of 25,000 diamonds. And for the viewers, the Free Fire has exciting Free Fire item drops such as diamonds, Pet Mechanical Pups, and Flaming Skull Loot Crates.

Additionally, three new Diwali sketches have also been rolled out by Free Fire that includes a –Wing vs B Wing Diwali, Vishwas, Veena, (and Pushpa’s) Diwali and Out Of Home Diwali.

After the tournament is over Garena will be hosting the Diwali All-Stars exhibition tournament that will begin on November 15 from 6 PM onwards to 9 PM. This tournament will bring Free Fire influencers and fan-favourite esports teams collectively to celebrate the year-long Free Fire esports circuit.  According to the company, the exhibition will be live-streamed via the official Free Fire Esports India YouTube channel.

Komila Singhhttp://www.gadgetbridge.com
Komila is one of the most spirited tech writers at Gadget Bridge. Always up for a new challenge, she is an expert at dissecting technology and getting to its core. She loves to tinker with new mobile phones, tablets and headphones.
Facebook
Twitter
WhatsApp
Linkedin
ReddIt
Email
Previous article10 best smartphones with big battery in India
Next articleNovember 10 Amazon Quiz: Answer five easy question and win Forest Essentials Skincare Products