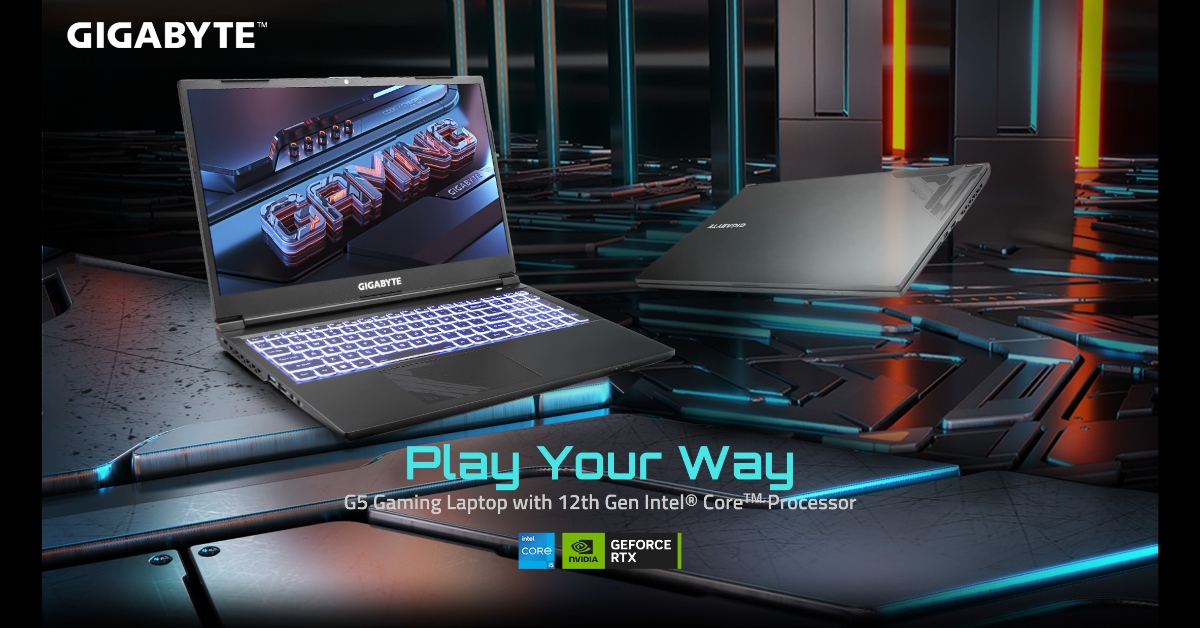 The GIGABYTE G5 series, the newest addition to their lineup of gaming laptops introduced in India. The new gaming devices are powered by Intel 12th Gen CPUs. The Nvidia RTX 30 series GPUs in the new line of laptops enable a fluid gaming experience. A 144Hz refresh rate on the screen makes for a very immersive gaming experience.

The GIGABYTE G5 will be sold on Flipkart and in offline retail outlets all over the nation for a starting price of Rs 77,887 with a free Microsoft Office 365 Personal version 1-Year subscription.

The GIGABYTE G5 series laptops have a 15.6-inch FHD IPS-level Anti-glare LCD screen with a resolution of 1920×1080 pixels. It has a 144Hz refresh rate, which provides an incredibly immersive gaming experience. The G5 offers an immersive gaming and entertainment experience thanks to its 86% screen-to-body ratio and extremely small bezels. 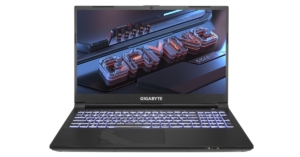 The 12th generation Intel i5-12500H CPU, which has 12 cores, 16 threads, and a top clock speed of 4.5GHz, powers the G5 series. The laptop also has 16 GB of DDR4 3200 MHz memory and a potent RTX 30 series GPU. With just one click, users will be able to bypass the integrated graphics and connect the display directly to the discrete GPU on the G5 KE laptop from GIGABYTE for greater frame rates and improved gaming performance.

To speed up the reading and copying of any large files, the G5 gaming laptop supports high-speed PCle Gen4 and includes a lot of SSD slots. Users benefit from exceptional multitasking capabilities and strong gaming performance.

The G5 Series laptops are consistent in their performance throughout high-load gaming sessions or multimedia processing thanks to GIGABYTE’s exclusive WINDFORCE cooling technology, enabling the laptop to achieve 100% CPU and GPU outputs. The laptop can dissipate the heat produced in a reliable and thorough manner thanks to its two extremely effective 59-blade twin fans, five heat pipes, and four exhaust vents.

The G5 series weighs less than 1.9 kg and is made to be easily portable. The laptops’ comprehensive I/O ports and extensive video output ports enable users to effortlessly build multitasking environments wherever they are and at any time. To the USB C, the Thunderbolt 4 connections offer high transmission speeds of up to 40Gbps.

Komila Singhhttp://www.gadgetbridge.com
Komila is one of the most spirited tech writers at Gadget Bridge. Always up for a new challenge, she is an expert at dissecting technology and getting to its core. She loves to tinker with new mobile phones, tablets and headphones.
Facebook
Twitter
WhatsApp
Linkedin
ReddIt
Email
Previous article
Compared: Snapdragon vs MediaTek – Which one is better?
Next article
Redmi K60 Pro, Redmi K60, Redmi K60E launched: Price and availability details