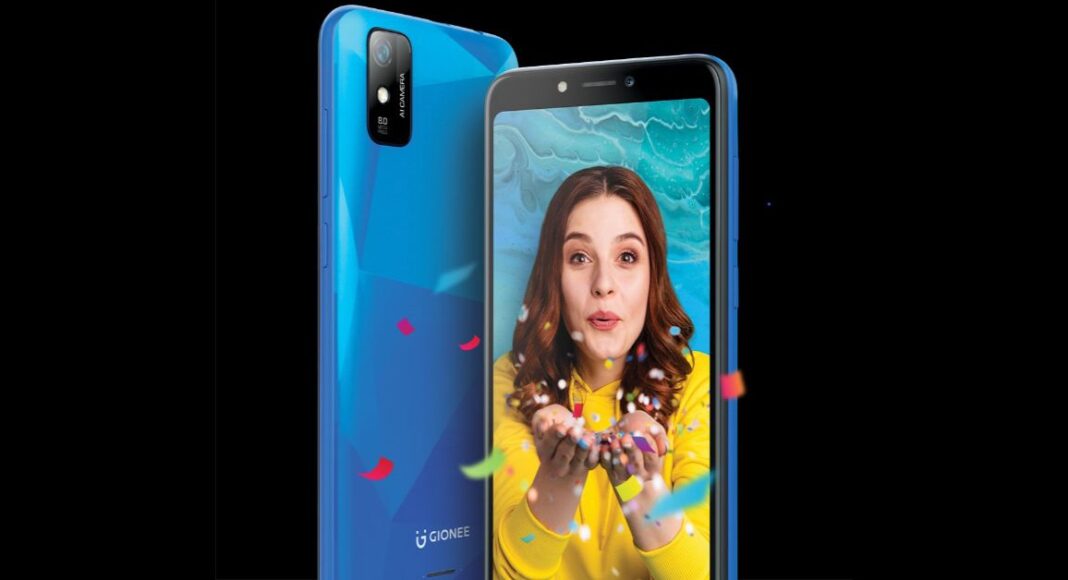 The Chinese smartphone company Gionee has now come up with its new entry-level smartphone in India. The company has introduced Gionee F8 Neo in the country powered by an octa-core processor. The device packs a 3000mAh battery and features an LCD display with an eye comfort feature. The smartphone has a single-lens camera on the rear as well as on the front. To recall it’s a second smartphone from the company after Gionee Max which made its debut in the county in August this year.

The Gionee F8 Neo price in India has been set at Rs 5,499. The phone will be available in three colour options to choose from Blue, Black and Red. The mobile phone will be available for purchase via authorised retail stores in the country. The smartphone is scheduled to go on sale just ahead of Diwali. The low budget phone will compete against Samsung M01 Core and Techno Spark GO 2020 that are available at Rs 5,293 and Rs 6,499.

Gionee F8 Neo runs Android 10 OS out of the box. The budget-friendly phone will be featuring a 5.4-inch HD+ LCD display with a screen resolution of 1440 x 720 pixels. The device has thick bezels on all sides. Under the hood, there is an unnamed octa-core processor but the Google Play listing suggests UNISOC SC9863A SoC paired with 2GB of Ram and 32GB of storage. The internal storage can be expanded up to 256GB using a microSD card.

The low budget Gionee F8 Neo comes with a single rear camera with a resolution of 8-megapixel with an LED flash. While on the front it has a 5-megapixel front-facing camera for clicking selfies and video calling. The phone is backed by a 3,000mAh battery with 10W charging support.

To recall few months back the company launched Gionee Max with similar pricing. It features a 6.1-inch HD+ Dewdrop display with 720×1,560 pixels of resolution and is powered by 1.6-GHz octa-core Unicoc 9863A SoC paired with 2GB of RAM with 32GB of storage option. For optics, it has a 13-megapixel primary sensor paired with a bokeh lens. For taking selfies and video calling the phone sports a 5-megapixel front-facing camera. It has a 5,000mAh battery that also supports reverse charging. The battery is claimed to deliver up to 28 days standby time, up to 24 hours of music playback, more than 9 hours of movie time and 42 hours of call time with 12 hours of gaming.

Komila Singhhttp://www.gadgetbridge.com
Komila is one of the most spirited tech writers at Gadget Bridge. Always up for a new challenge, she is an expert at dissecting technology and getting to its core. She loves to tinker with new mobile phones, tablets and headphones.
Facebook
Twitter
WhatsApp
Linkedin
ReddIt
Email
Previous article
Huawei Mate 40 series set to launch today: Here is how you can catch the event live
Next article
This Chili-shaped device could reveal how much capsaicin a pepper contains