HomeMobilesGionee Max to launch with a 5,000mAh battery in India, key specification...

Gionee Max to launch with a 5,000mAh battery in India, key specification revealed

The smartphone will be launching in India tomorrow via Flipkart 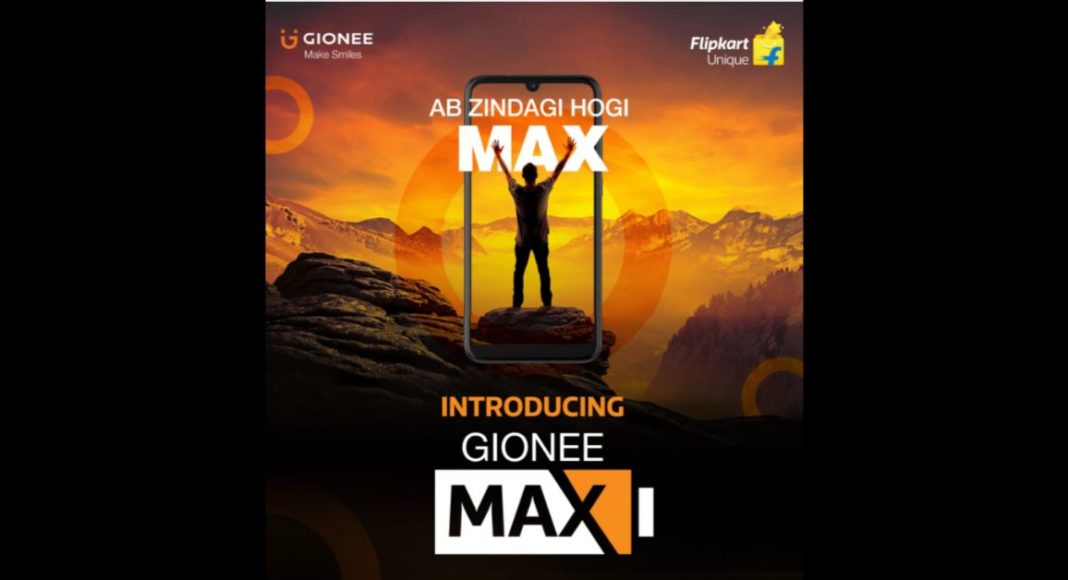 This week we are seeing a couple of new launches in India. The new smartphones are going to fall under the budget and mid-range segment by Motorola, Oppo, and Xiaomi. But Gionee which was a known brand will be making a comeback in the Indian market almost after a year with the launch of its new smartphone following the launch of the Gionee F9 Plus back in September of last year. Gionee Max is set to make its debut in the country as a new budget smartphone. Here are the details of what the company is going to offer.

Gionee Max is being teased on Flipkart. As per the microsite the launch is set for tomorrow August 25. According to the listing, the device will fall under Rs 6,000. Additionally, the phone is said to include a water drop-style display notch and has thick bezels all around the screen.

But just ahead of the launch the online shopping portal Flipkart has revealed the key specification of Gionee Max. It is confirmed to include a 5,000mAh battery despite its low budget pricing. In addition to this, a 6.1-inch HD screen has been revealed which is going to be layered with 2.5D Curved glass for protection with a waterdrop notch housing a selfie camera. Moreover, on the back of the phone, there will be a  dual-camera setup with an LED flash aligned vertically on the top-left corner.

The promotional page on the Flipkart has also confirmed to have a 2GB of RAM with 32GB of storage option. Surprisingly all these features will likely be priced under Rs 6,000 as shown. While the rest of the specifications are yet to be revealed tomorrow.

To recall Gionee Max is launching in India on August 25 at 2 PM IST via e-commerce platform Flipkart. At the moment the company is teasing the blue colour option but the smartphone is expected to come in more shades.

Gionee is making a comeback after a year. In September last year, it launched Gionee F9. Recently another phone from the company with 10,000mAh battery was spotted on the Chinese regulatory website TENAA. Reportedly its is seen having a rugged look with a rear-mounted fingerprint sensor and a single rear camera. In addition to this that phone is listed to include a 5.72-inch screen that weighs 305 grams.

Komila Singhhttp://www.gadgetbridge.com
Komila is one of the most spirited tech writers at Gadget Bridge. Always up for a new challenge, she is an expert at dissecting technology and getting to its core. She loves to tinker with new mobile phones, tablets and headphones.
Facebook
Twitter
WhatsApp
Linkedin
ReddIt
Email
Previous articleGoogle Drive security issue could disguise malicious files into legitimate documents
Next articleComparison: Moto G9 Vs Redmi 9 Prime Vs Moto G8 Plus