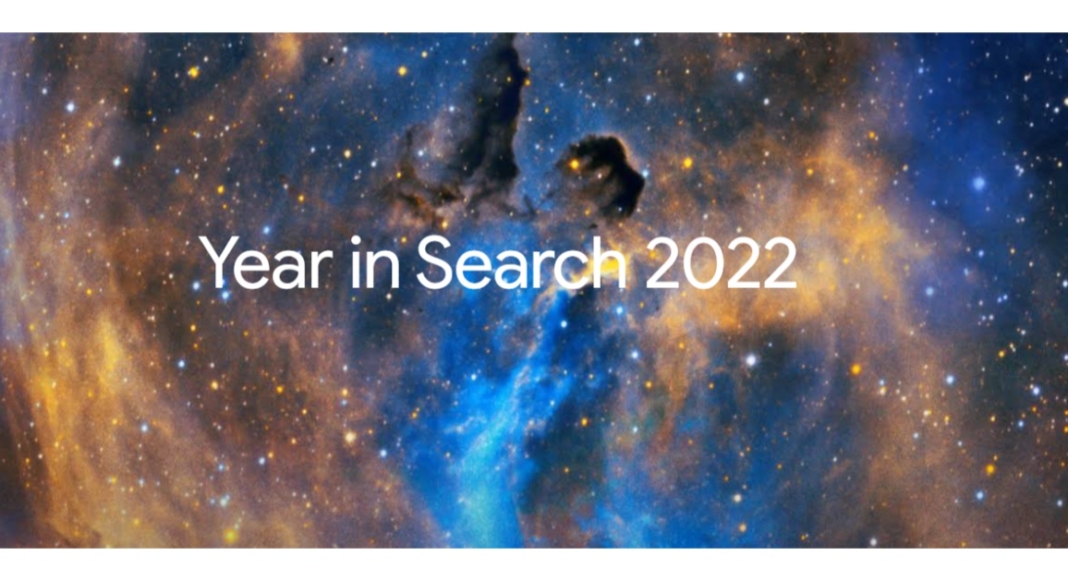 Google provided an insight into how and what people in India searched for this year. The search giant has released the Year in Search 2022 results. As per the company, IPL continued to be the most popular trending search in 2022 whereas Google’s traditional Year in Search review for 2022, was Wordle.

Google in its announcement said, “If 2021 saw people taking their first guarded steps into a post-pandemic era, 2022 marked the year we bounced back stronger in many ways. In this journey, Search helped people find a world of information – be it questions on everyday interests, new passions, or more intricate topics. As the year comes to a close, Google India today announced the ‘Year in Search 2022’ results, looking back at the moments that captivated India’s interest in 2022 across a broad range of topics.”

In 2022, India recorded all-time high search moments for cricket and football, celebrated diversity in film and sport, and rediscover fun experiences abroad, according to the company.

This year in Search, India’s love of sports hit unprecedented heights. The Indian Premier League was the top search topic in India, although interest in the T20 World Cup and Asia Cup peaked. India not only dominated sports trends domestically, but also globally, taking the top 5 spots on the list of globally trending matches. Similar excitement was felt in the world of football, with searches for the ongoing FIFA World Cup reaching their pinnacle this year and ranking among the most popular searches of the year, along with searches for the Indian Super League.

The Women’s Cricket World Cup made its debut on the top trending searches for sporting events. In addition to many firsts at the Commonwealth Games, including the historic victory by the Indian women’s lawn bowls team that emerged as one of the top queries around this moment. With Wimbledon, the Australian Open, and Pro Kabaddi League, Kabaddi and Tennis rounded out the list of popular sporting events.

Popular “Near me” searches revealed that many people were venturing out to pursue their passions in entertainment, health, wellness, and other areas. The list included phrases like “Malls near me,” “Swimming pool near me,” and “Water park near me.” Additionally, many looked at nearby locations for the Covid-19 and Polio vaccines.

In contrast to the previous year, popular films from all languages, including films from all of India, dominated the list for 2022’s theatrical releases. In terms of overall trending searches and trending movie searches, the Hindi film Brahmastra: Part One – Shiva and the Kannada film KGF: Chapter 2 took the top spots. The movies also made it to the list of the top global trending movie searches. The Kashmir Files, Laal Singh Chaddha, Drishyam 2, RRR, Pushpa: The Rise, Vikram, and Kantara were among the popular films in India at the time. Thor: Love and Thunder was the only English film on the list.

Additionally, they looked for useful government initiatives. The government’s e-SHRAM card programme, which provides social security benefits to unorganised workers, made the list of popular searches and “how to” questions. Agneepath plan, a recently introduced government programme to enlist young people in the Indian army, topped searches for “what is.” Other “what is” queries on Search revealed people’s preferences for a variety of subjects, including news (NATO, PFI, Article 370), finance (NFT), technology (metaverse), and health (myositis).

People were actively looking for crucial information on vaccinations, government documents, income tax filing, pregnancy, and other topics, according to “How to” popular queries. People were also interested in guessing five-letter words every day and eager to learn how to play “wordle.”

The tragic deaths of well-known people around the world, including the Indian nightingale Lata Mangeshkar, cricketer Shane Warne, Queen Elizabeth, and artists Sidhu Moose Wala, KK, and Bappi Lahiri, became headline news. While there was much interest in the Russia-Ukraine conflict and the local UP elections, we also celebrated India’s 75th anniversary of independence, which earned a slot in this category with the song “Har Ghar Tiranga.”

Komila Singhhttp://www.gadgetbridge.com
Komila is one of the most spirited tech writers at Gadget Bridge. Always up for a new challenge, she is an expert at dissecting technology and getting to its core. She loves to tinker with new mobile phones, tablets and headphones.
Facebook
Twitter
WhatsApp
Linkedin
ReddIt
Email
Previous article
How to Fix Handoff Issues Between Mac and iPhone or iPad?
Next article
The all-new Amazon Kindle e-reader now available in India for purchase