The feature will be accessible from the YouTube mobile app.

The Popular and the most convenient video streaming service by Google YouTube has millions and millions of subscribers globally. To benefit its users and as a replacement to TikTok the company has introduced a short video feature from YouTube called YouTube Shorts. Similar to TikTok it will also let users share 15 seconds long videos on its platform. This comes after the social media giant Facebook expanded its Instagram Reels to India as well as the US. So to compete with both TikTok and Reels the Tech giant has launched it new feature for the first time in India as an early beta.

Now YouTube Shorts has been launched in India as an early beta the functionality will be accessible from the YouTube mobile app to allow the users to create short videos similar to TikTok and Instagram Reels. The new feature by YouTube comes with a handful of new camera tools for you to try out, you can create 15-second videos that are easily discoverable on the YouTube homepage (in the new Shorts shelf), as well as across other parts of the app.

While announcing the company in its blog post said, “User-generated short videos were born on YouTube starting with our first upload, a short 18-second video called “Me at the zoo.” As technology advances, creators and artists can now take advantage of the incredible power of smartphones to easily create and publish high-quality content wherever they are in the world. And people can be entertained and informed by bite-sized content in the spare minutes of the day. That’s why we’re excited to announce that we are building YouTube Shorts, a new short-form video experience right on YouTube for creators and artists who want to shoot short, catchy videos using nothing but their mobile phones.”

It further added we’re starting off by launching an early beta of YouTube Shorts in India, this includes a new camera and a handful of editing tools that will be rolling out over the course of the next few weeks. We’ll continue to add more features over the coming months and we look forward to hearing your feedback about these features.

According to the company, this is an early version of the product to help the company build and improve Shorts. The company promises to add more features and expand to more countries in the coming months. 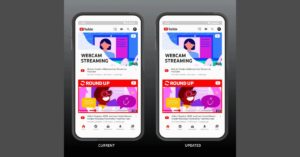 YouTube has started testing just a few new tools for creators and artists with early beta in India:

According to the company it has rolled out a prominent new spot for the create icon on Android, starting in India that will be expanded to iOS devices and in more countries soon. When you get access to the Shorts camera. To begin with hit the “+” icon (or the video camera icon on iOS) and select ‘Video’.

If you see ‘Create a short video’ then you have access to the Shorts camera, which will allow you to use editing tools to do things like string multiple video clips together, use speed controls and timers, and add music to your video clips. For the Indian Android users, the “Create” icon has been moved to the middle of the bottom navigation bar to make it easier for you to create videos.

For those who do not have access to this feature will be able to upload their existing vertical videos that are less than 60 seconds using the hashtag #Shorts in the title or description.

Komila Singhhttp://www.gadgetbridge.com
Komila is one of the most spirited tech writers at Gadget Bridge. Always up for a new challenge, she is an expert at dissecting technology and getting to its core. She loves to tinker with new mobile phones, tablets and headphones.
Facebook
Twitter
WhatsApp
Linkedin
ReddIt
Email
Previous articleSamsung Galaxy Tab A7 to launch in India soon, gets listed on Samsung India Website
Next articleApple iPad and Watch Series 6 launch: Here is how to watch the event live and everything you need to know