Instagram will fill the gap created by TikTok, officially announces Reels in India

The company will begin rolling out this feature today at 7.30 PM in the country 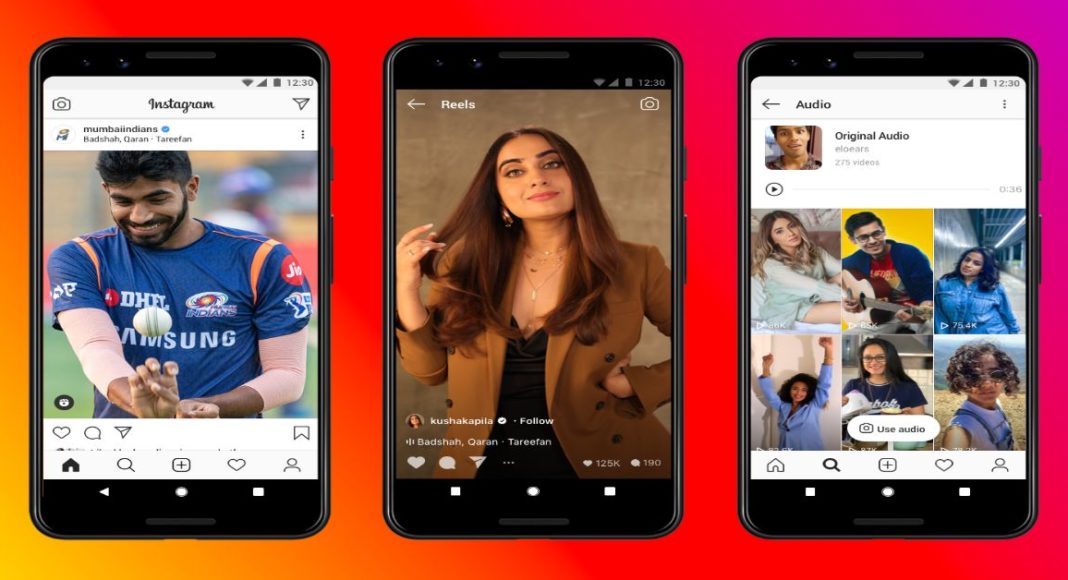 Photos and videos sharing app Instagram was recently spotted testing Reels in India. Those unaware, Reels is a feature similar to TikTok for creating short video clips on its platform. The functionality was first introduced last year but was only limited to international markets. But after the ban of TikTok without much delay the company today has officially announced the extension of the testing of Reels in the country targeting the 250 million user base of TikTok in India. Therefore, allowing its users to create and edit 15-second multi-clip videos with audio, effects and new creative tools on Instagram.

Ajit Mohan, Vice President and Managing Director, Facebook India, said, “With the rise in video consumption overall and videos making up over a third of posts on Instagram in India, Instagram has a big role to play in unleashing expression in the country. People across the big and small cities of India come to Instagram to express themselves safely, and also to be entertained. With Reels, we’re unveiling the future of entertainment on the platform, in a way that ignites creativity. With the multiple creative formats, whichever way you want to express yourself, it can now be on Instagram.”

According to the company, the feature will be rolled out the Indian users at 7.30 PM IST and will be seeing entertaining videos posted by creators such as  Ammy Virk, Gippy Grewal, Komal Pandey, Arjun Kanungo, Jahnavi Dasetty aka Mahathalli, Indrani Biswas aka Wondermunna, Kusha Kapila, Radhika Bangia, RJ Abhinav and Ankush Bhaguna.

As we mentioned earlier Reels was first introduced last year in Brazil then followed by Germany and France and now India. To offer a vast library of music Instagram has partnered with prominent music labels such as Saregama. Whereas the ‘Born on Instagram’ program, which has led to the discovery and growth of creators from all across India.

To begin using this feature select Reels at the bottom of the Instagram camera. You can see multiple creative editing tools on the left side of your screen that you can use to create your reel. The Audio option there will allow you to select a song from the Instagram music library that can be used to create a video. Also, you can also choose your own original audio by simply recording it. The AR effects will let you choose effects from the AR library to record multiple clips with different effects. Whereas the timer and countdown option allow you to set a countdown timer to record a hands-free video whereas to line up objects from your previous clip before recording your next the Align option will help for seamless transitions like outfit changes or adding new friends into your reel. Also, one can also adjust the video’s speed just like TikTok to make slow-motion videos.

Komila Singhhttp://www.gadgetbridge.com
Komila is one of the most spirited tech writers at Gadget Bridge. Always up for a new challenge, she is an expert at dissecting technology and getting to its core. She loves to tinker with new mobile phones, tablets and headphones.
Facebook
Twitter
WhatsApp
Linkedin
ReddIt
Email
Previous articleDell introduced XPS 13 and XPS 15 laptops with 10th gen Intel Core processors in India
Next articleSamsung launched Crystal 4K UHD 2020 and Unbox Magic 3.0 Smart TVs in India