Instagram Reels was launched last year in 2019 but is limited to international markets only. 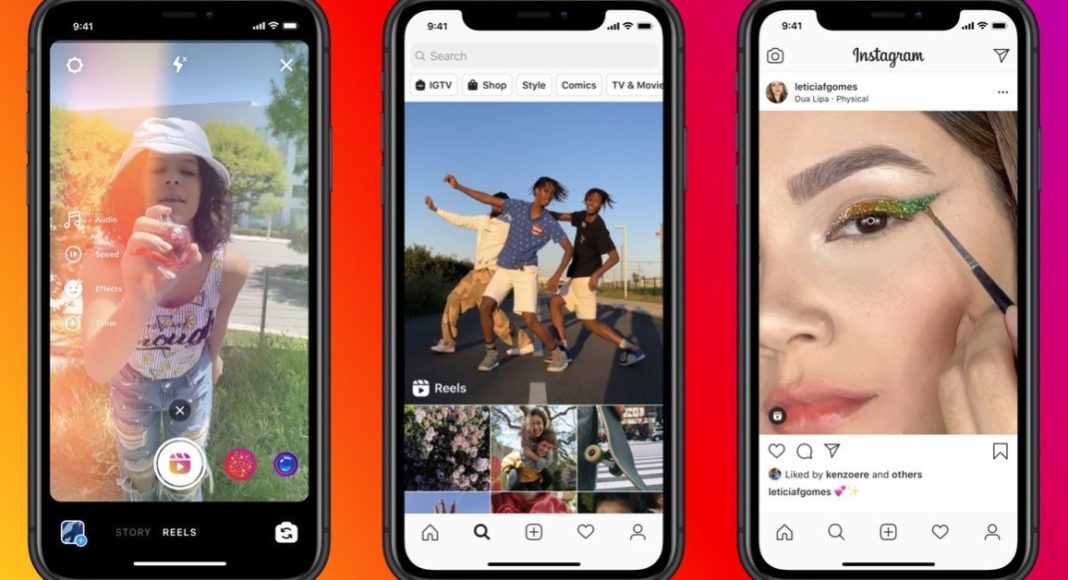 Recently in India, 59 Chinese apps were banned including TikTok. Now Instagram is begun testing its new video-sharing social networking services on its platform as an alternative to TikTok known as Reels. The company is going to target more than 250 million user base of TikTok in India.

According to a report the Facebook acquired photos and video sharing app Instagram is testing TikTok’s replacement in India. In order to take the best advantages of the situation, the company is testing Reels. At the moment it is only available to a limited number of Instagram users in India. However, the company is aiming at the disappointed TikTok users in the country. It is much like the Chinese app but not a separate app instead the functionality to create short videos comes within Instagram only.

To recall it parent company Facebook launched Instagram Reels last year in 2019 but is limited to international markets only. The feature allows the users to record 15-second clips set to music on Instagram.

The concept is similar to TikTok to create entertaining and attractive video content from Instagram Stories. The feature was first rolled out to Brazil, Germany and France. The short video clips can be shared to Stories on the platform. The users can select music from the library within the app to borrow audio from another video, as well as record their own original soundtrack. To give users access to its music library the company has also collaborated with Saregama. It comes with a handy video countdown timer and the option to adjust your video’s speed just like TikTok. When rolled out in India the users can create and share it to their Instagram Stories or can be directly sent to a specific user and also add it to a dedicated Reels tab on the user’s profile.

In addition to this, the discovery section within the Instagram Explores will also include Top Reels performers. Most of the features are comparable to TikTok as a direct response as it has gained more popularity and has also become the most downloaded app in the First Quarter of 2020.

A Facebook spokesperson told Business Insider that, “We’re planning to start testing an updated version of Reels in more countries. Reels is a fun, creative way for people to both express themselves and be entertained. We’re excited to bring this new version to more of our global community. No further plans to share on launch date or countries for now”

Indian apps like Chingari, Roposo, Khabri, Bolo Indya are gaining more popularity after the TikTok ban in India. Instagram already has millions of users in the country so the launch of Reels will become a huge competitor to these Indian apps.

Komila Singhhttp://www.gadgetbridge.com
Komila is one of the most spirited tech writers at Gadget Bridge. Always up for a new challenge, she is an expert at dissecting technology and getting to its core. She loves to tinker with new mobile phones, tablets and headphones.
Facebook
Twitter
WhatsApp
Linkedin
ReddIt
Email
Previous articleBharti Airtel is planning to soon join the bandwagon of video-calling apps by launching its own unified video conferencing service in India
Next articlePUBG MOBILE Update 0.19.0 now introduces new Nordic-style Livik map and much more