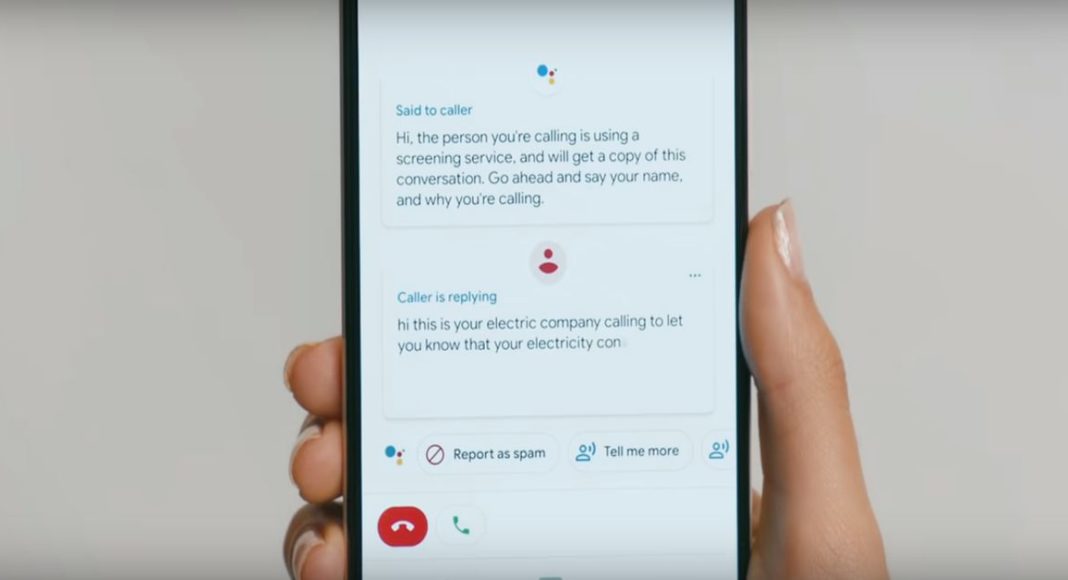 Google Pixel smartphones are known to have a useful feature called ‘Call Screen’ that helps the users identify and avoid spam calls on their device. The ‘Call Screen’ feature does this with the help of Google Assistant.

A Reddit user named hkyq wrote on the platform that he found the Google Phone beta app while browsing the code. The user also found two flags, which clubbed with the codes found, suggest that the search giant might expand its Call Screen feature to other smartphone manufacturers including Nokia and Motorola. But other than the mentions of the two brands, there are no other details mentioned.

The name of the device or model which is set to receive Google’s Call Screen feature has not been mentioned. However, it is being speculated that only those devices of Nokia and Motorola which run Android One will receive the said feature. We should mention that are a number of smartphones from both the manufacturers that runs on Android One. However, no official comment from either of the companies has been made in this subject.

When Call Screen feature is enabled, the users see an option of Screen Call whenever they receive a call on their device. If the feature is turned on, it uses Google Assistant to talk to the caller and present a transcription of the same to the user. After looking at the transcription, the user can decide if he wants to attend the call, disconnect it or let the Assistant keep the conversation going.

The Call Screen feature was launched by Google back in October 2018 and it rolled out in the new Pixel 3 and the Pixel 3 XL devices which were launched last year. The feature was then rolled out to other Pixel devices later in December 2018. Google’s Support Page states that English-speaking people in the United States who own the Pixel 2, Pixel 2 Xl, Pixel 3 or the Pixel 3 XL can use the said feature.

Aman Singhhttps://www.gadgetbridge.com/
Aman Kumar Singh has a Masters in Journalism and Mass Communication. He is a journalist, a photographer, a writer, a gamer, a movie addict and has a love for reading (everything). It’s his love of reading that has brought him knowledge in various fields including technology and gadgets. Talking about which, he loves to tweak and play with gadgets, new and old. And when he finds time, if he finds time, he can be seen playing video games or taking a new gadget for a test run.
Facebook
Twitter
WhatsApp
Linkedin
ReddIt
Email
Previous articleWaiting for PUBG 2? Here’s some bad news for you
Next articleAirtel to launch an e-books platform soon