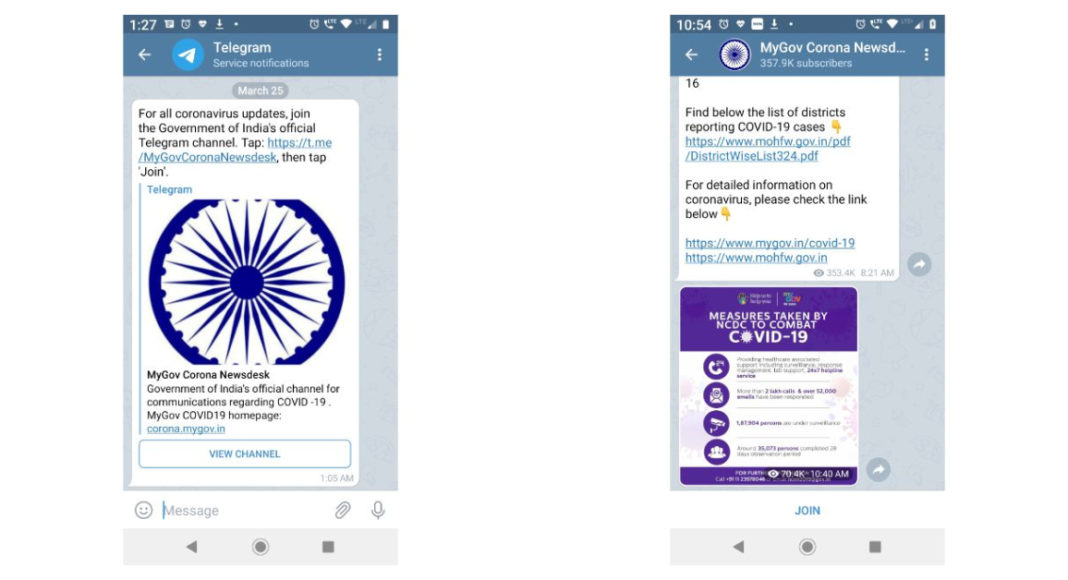 The Government of India will soon launch a new app to track people suffering from coronavirus in the country. The app is known as CoWin-20 that can track people using their smartphone locations in order to stop the spread of COVID-19.

CoWin-20 app will track those people who have travel histories. This allows the government to figure out people who have come in contact with the affected person. Besides this CoWin-20 app is also going to monitor the status of the community spread of the pandemic. One can also use the app to get the locations of coronavirus testing labs available nearby or in which cities in the country.

At the moment the app is under beta testing mode for both iOS as well as Android soon a stable version of the app will be available on Google Play Store and Apple’s App Store.

In order to curb the spread of fake news, rumours and misinformation the Government of India is taking all the necessary steps to ensure the safety and health of the people due to the threat posed by growing cases of coronavirus in the country. An app has been created known as MyGov Corona Newsdesk that will provide the latest updates as well as official information with regard to the current state of pandemic spread in the country. The dedicated channel has been launched both on WhatsApp as well as Telegram as these two are the most popular instant messaging apps. People are also spreading fake news and rumours on these apps so this channel might somehow minimize the spread of the misinformation among the people in the country which is also responsible for creating panic among the citizens.

On WhatsApp, the users are allowed to ask their queries related to the coronavirus and its current situation in the country. Whereas the channel which has been launched on Telegram allows you to only read about the latest updates. Unlike WhatsApp, Telegram users cannot interact and get answers to their questions.

Komila Singhhttp://www.gadgetbridge.com
Komila is one of the most spirited tech writers at Gadget Bridge. Always up for a new challenge, she is an expert at dissecting technology and getting to its core. She loves to tinker with new mobile phones, tablets and headphones.
Facebook
Twitter
WhatsApp
Linkedin
ReddIt
Email
Previous articleCOVID-19: Here’s how Instagram helps people stay connected and informed
Next articleApple introduces iOS and iPad0S 13.4: Know what’s in offer