HomeOther TechAppsHere’s an App that can make you rich

Here’s an App that can make you rich 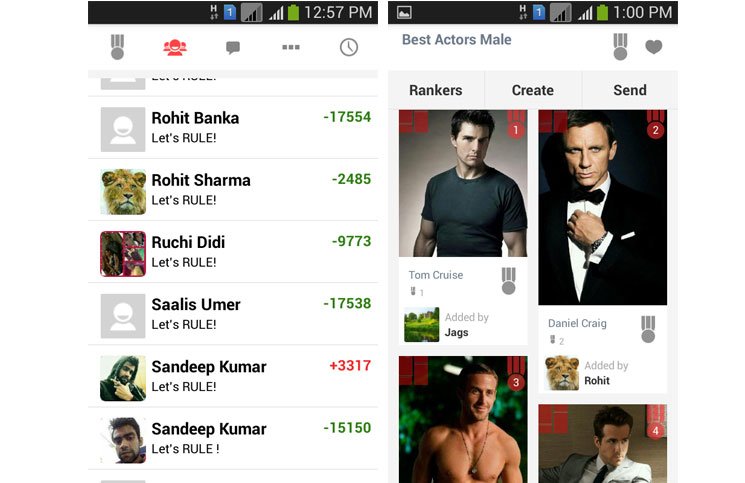 An app that can make you rich even if you have not developed it? All I have to do is sign up? Well yes, apparently that is all you require to do in the social app called KQingdom. This is the first offering of sorts to users in India who become a partner/share holder in the apps monetary benefits. Collectively the users can own 50% of the shares of KQingdom.

The company says that “KQingdom app users can keep scores with friends and others for fun, while at the same time have real tangible benefits.”

Mr. Lucky Gupta of KQingdom says that,” The business model of all social apps is driven by their user base, and their continued active participation. Effectively, the users are responsible for their sky rocketing valuations with our personal profile information, network connections, and posting of content, while the chat app just provides a platform. However, users end up being short-changed, while the app promoters and investors mint billions. KQingdom management believes that they are correcting this imbalance by partnering with its Users and forging a strong bond with them.”

One has to download the app, sign up and be an active part of the group to reap maximum benefits. Of course they do not start right away, but over a period of time. Users will get rewards periodically, just like one gets dividend annually. As stated above, the company says users are the main reason behind an apps performance and its profits. So why not share some of the profits with the users themselves.

To get some of the profit users would need to put in a bit of effort as well. For example, how early did the user register, number of messages sent and received, time spent in-app, the frequency of use, number of friends joining the app, number of referral credit received from friends for joining the app, the number of likes received  and so on.

Mr. Gupta further also said, “In future, the users will be able to collect their rewards in the form of digital money transfer, cash into digital wallet, coupon, discounts, and vouchers, once the company is profitable. The User’s respective profit share at the annual profit declaration will be determined as a percentage of User’s accumulated KQingdom Coins (called “KQins”) over total net KQins of all Users.”

It’s an interesting way to hook consumers on to an app. Probably most will come to make a quick buck, however by the looks of it, the benefits are not short term but long term (only if the app does well). KQingdom is currently available on the Android Play store as well as Apple app store.

Gadget Bridge Bureauhttp://gadgetbridge.com
Facebook
Twitter
WhatsApp
Linkedin
ReddIt
Email
Previous articleEverything you want to know about 4G and how will it benefit Indians.
Next articleLG G4 gets launched in leather attire