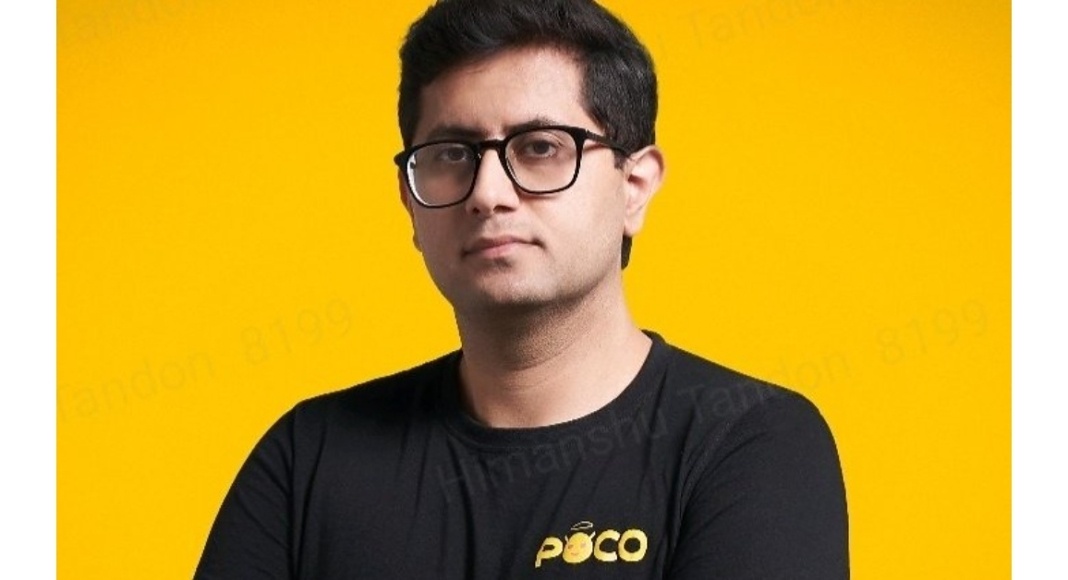 Himanshu Tandon has been announced as the new head of India operations for Poco. He takes over from Anuj Sharma following Sharma’s re-appointment as Xiaomi India’s Chief Marketing Officer last week as part of a reorganisation. Additionally, Xiaomi has also appointed Alvin Tse as the General Manager of India. Tse was the former head of Xiaomi Indonesia and a founding team member of Xiaomi whereas Tandon was one of the original members of Poco. In 2020, Sharma was named Country Director for Poco India.

Xiaomi’s spin-off Poco in its latest announcement said, Leveling up our commitment towards the brand, we are excited to announce a young and dynamic leader Himanshu Tandon as POCO India Head. Strengthening POCO’s vision in the country, Himanshu has been a part of the founding team of POCO in India and has helped scale the brand over the years.”

Tandon was a founding member of POCO. He formerly worked at POCO India as the head of online sales and retail. He was a senior manager-regional business manager and corporate strategy at Videocon Mobiles before joining POCO.

The company further stated, “Whether it was POCO becoming #1 fastest growing brand in H1 2021 or rising to #3 in Online, Himanshu has been instrumental in making this happen. An alumni of Indian Institute of Management Bangalore and Guinness world record creator for the largest number of store launches simultaneously, Himanshu is no stranger to making crazy things happen.”

Xiaomi named Alvin Tse as the General Manager of India last week, succeeding Manu Jain. Jain is currently functioning as Group Vice President. Tse is a member of the Xiaomi Global founding team, a founder of Poco, and the previous General Manager of Xiaomi Indonesia. Tse will join the current Xiaomi India executive team which includes Muralikrishnan B, Chief Operating Officer; Raghu Reddy, Chief Business Officer; and Sameer BS Rao, Chief Financial Officer, who has been running the company independently and will continue to be a driving force behind the brand.

Anuj Sharma, who left the company about two years ago to join Poco, will return as Chief Marketing Officer to help bolster the India leadership team. Anuj Sharma will be in charge of the brand’s entire strategy and marketing. He’ll be instrumental in bolstering Xiaomi’s consumer relationships across the country.

Komila Singhhttp://www.gadgetbridge.com
Komila is one of the most spirited tech writers at Gadget Bridge. Always up for a new challenge, she is an expert at dissecting technology and getting to its core. She loves to tinker with new mobile phones, tablets and headphones.
Facebook
Twitter
WhatsApp
Linkedin
ReddIt
Email
Previous article
How To Save Money On Your Microsoft Office 365 Subscription?
Next article
At a cost of Rs 52,999, the Xiaomi 12 Pro is a good buy: Here’s How to Get It