Honor 20i with a 32MP selfie camera launched in India: Price and specifications 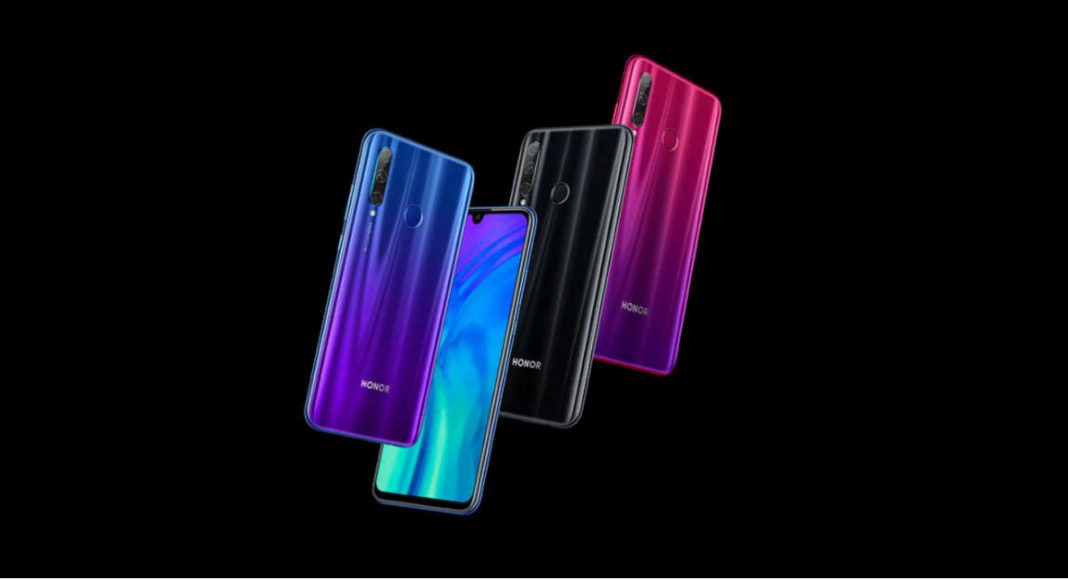 Chinese smartphone brand Honor today launched its Honor 20 series in India. While Honor 20 Pro and Honor 20 smartphones had already been launched globally last month, the company also launched a new Honor 20i handset in the Indian market. The device sports a triple rear camera setup and houses a 3,400mAh battery. Other key highlights of the newly-launched smartphone from Honor include 8GB of RAM and an octa-core Kirin 710F SoC. Here’s a look at the price details and specifications of the Honor 20i smartphone:

Honor 20i price in India, availability

While the Honor 20 Pro and Honor 20 smartphones are priced in the mid-range segment of the Indian smartphone market, the Honor 20i falls in the budget segment. The smartphone holds a price tag of Rs 14,999 for its 4GB RAM/128GB storage variant.

In this price segment, the device competes with a number of smartphones from Realme and Samsung’s Galaxy A and Galaxy M series.

Honor 20i smartphone will go on sale in India via Flipkart on June 18. It can be picked up in Gradient Red, Gradient Blue, and Magic Night Black colours.

Coming to the launch offers, those who will buy the Honor 20i smartphone can avail no-cost EMI options and get up to 2.2TB data. A cashback of Rs 2,200 from Reliance Jio is also available.

Honor 20i smartphone has support for dual SIM cards and runs Android 9.0 Pie skinned with EMUI 9.0.1. The smartphone features a 6.21-inch full-HD+ display that has an aspect ratio of 19.5:9. Powered by an octa-core Kirin 710F SoC, the Honor 20i comes with the Mali G51MP4 GPU and has up to 8GB of RAM. The device houses up to 256GB of internal storage and comes with GPU Turbo 2.0 feature that is said to enhance the gaming experience.

For imaging duties, the Honor 20i smartphone comes with a triple rear camera setup that comprises of a 24MP primary camera that has an f/1.8 lens, an 8MP ultra-wide sensor that has an f/2.4 aperture and a 2MP depth sensor with an f/2.4 aperture. For selfies and video calls, there is a 32MP camera that comes with an f/2.0 aperture, HDR, portrait mode, and face unlock.