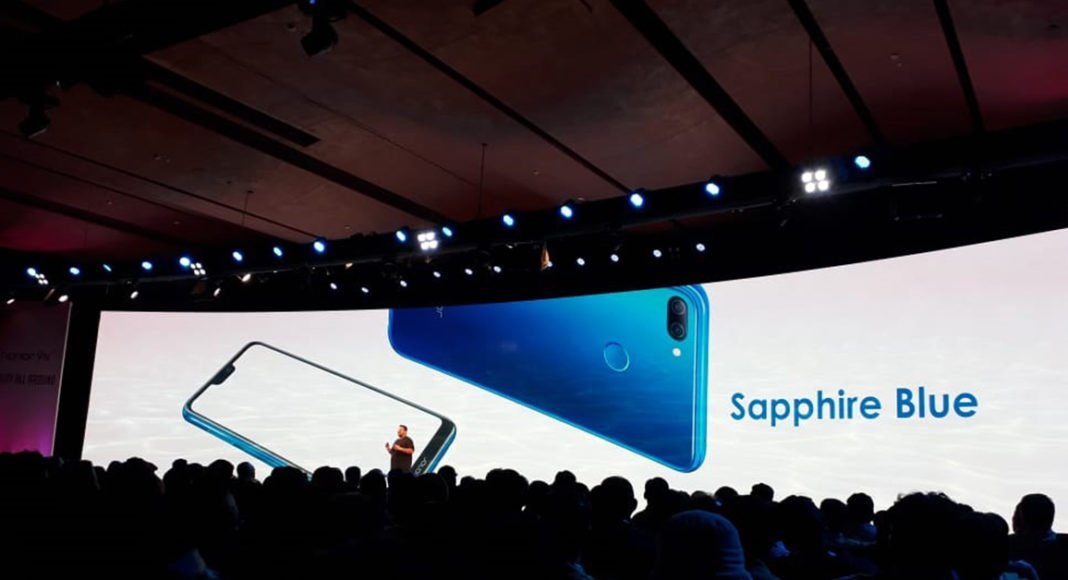 Huawei is one of the biggest smartphone maker in the world and sells its smartphone in Asian, European and American markets. Its subsidiary Honor has also picked up the pace and has made a good niche for itself in countries like India. They have launched some really good phones in the recent past and today they have again launched another smart device in the Rs 10-20K price bracket. Called the Honor 9N, the smartphone was launched on Tuesday at an event in New Delhi, India.

After Honor 10 and Honor 7C, it is the turn of the Honor 9N. It sports a 5.84-inch FHD+ touch display (2280×1080 pixels) with 432 pixels per inch. The aspect ratio of the smartphone is 19:9 and yes it comes with a notch. The screen also has a 2.5D curved glass on top of it. The smartphone will run Android 8.0 Oreo out of the box with EMUI layer on top, and will support 4G LTE. Under the hood the Honor 9N has the Kirin 659 chipset with 16nm CPU. This is coupled with three RAM and storage variations. Comes in 3GB RAM/32GB storage, 4GB RAM/64GB storage and 4GB RAM/128GB storage options. The storage can be further expanded with the help of a microSD card.

As for the cameras, the Honor 9N sports a 16MP front camera for taking selfies with f/2.0 aperture and screen flash. At the back it features a dual camera setup with 13MP plus 2MP sensors and f/2.2 aperture. Camera modes such as Bokeh, AR lens, Night Shot, panorama and time lapse are available on the device.  Burst mode of 20 shots per second is also available. The smartphone carries a 3,000mAh battery that should keep it alive for a day, more on this in our full review. The Honor 9N can accommodate twin nano SIM’s (GSM).

The Honor 9N is priced at Rs 11,999 for 3GB RAM plus 32GB storage version, and Rs 13,999 for the 4GB RAM and 64GB storage variant. Lastly, Rs 17,999 for the 4GB RAM and 128GB model. It will start its sale on the 31st of July in India, 12 noon onwards on Flipkart (its official online partner). The smartphone will also be available on the Honor India website as well.  There is a 2,200 Rupees recharge offer running on the device by Reliance JIO as well as Myntra coupons of Rs 1500 can also be availed at the time of purchase.