The tablet comes with magnetic clips on two sides of the display to attach the keyboard vertically and horizontally. 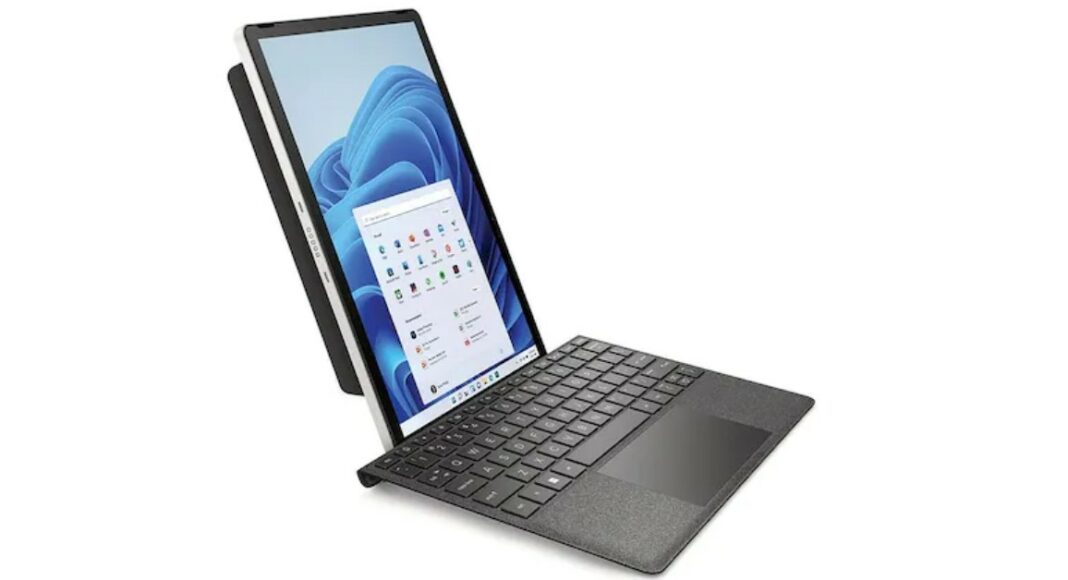 The HP 11-inch Tablet PC has been officially announced. The tablet comes with a rotating camera that can be flipped to the front when taking selfies. The company’s latest product comes with magnetic clips on both sides of the display to mount a removable keyboard in landscape and in portrait direction.

The tablet comes with Windows 11 compatibility and is powered by an Intel Pentium Silver N6000 quad-core processor. Besides this, the company has also announced its upcoming Windows 11 HP laptops and Monitors.

HP 11-inch Tablet PC has been launched in the US and will be available with a starting price of $599 that translates to Rs 44,200. The device is said to be available later this year via the company’s official website. It will come in a single silver colour option. The company has not yet shared anything about the international or Indian availability of the tablet. 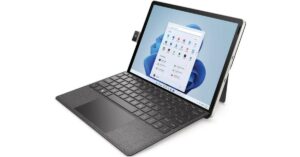 Speaking of the specification, the HP 11-inch Tablet PC features an 11-inch IPS touchscreen display. The screen comes with 2,160×1,440 pixels of resolution, 100%, 84.6% screen to body ratio sRGB and  400 nits of peak brightness. The display is protected with Corning Gorilla Glass 5 layering.

Under the hood, there is a quad-core Intel Pentium Silver N6000 processor paired with Intel UHD graphics. The device is available with 4GB of LPDDR4x RAM and 128GB of M.2 PCIe NVMe SSD. The HP tablet operates on Windows 11 Home in S mode.

HP 11-inch Tablet PC is headlined with a 13-megapixel rotating camera that can be flipped to the front for taking selfies and can be used as a webcam. The camera can also 3D scan objects and live share your work with colleagues during video calling.

Besides this, the tablet comes with magnetic clips on two sides of the display to mount the keyboard on both sides in landscape and portrait inclination. On using vertically the HP tablet allowed the snapping of two apps in that orientation.

In terms of connectivity, the HP 11-inch Tablet PC includes a USB Type-C port, Wi-Fi 6, and Bluetooth v5. It comes with a  32.2kWh battery and a 30W power adaptor. The device also supports HP Rechargeable Tilt Pen and a microSD card reader for media.

Komila Singhhttp://www.gadgetbridge.com
Komila is one of the most spirited tech writers at Gadget Bridge. Always up for a new challenge, she is an expert at dissecting technology and getting to its core. She loves to tinker with new mobile phones, tablets and headphones.
Facebook
Twitter
WhatsApp
Linkedin
ReddIt
Email
Previous article
New Developments and Trends in Tech
Next article
Itel A26 budget-friendly smartphone launched in India