The newly launched laptop is touted for its gaming performance. 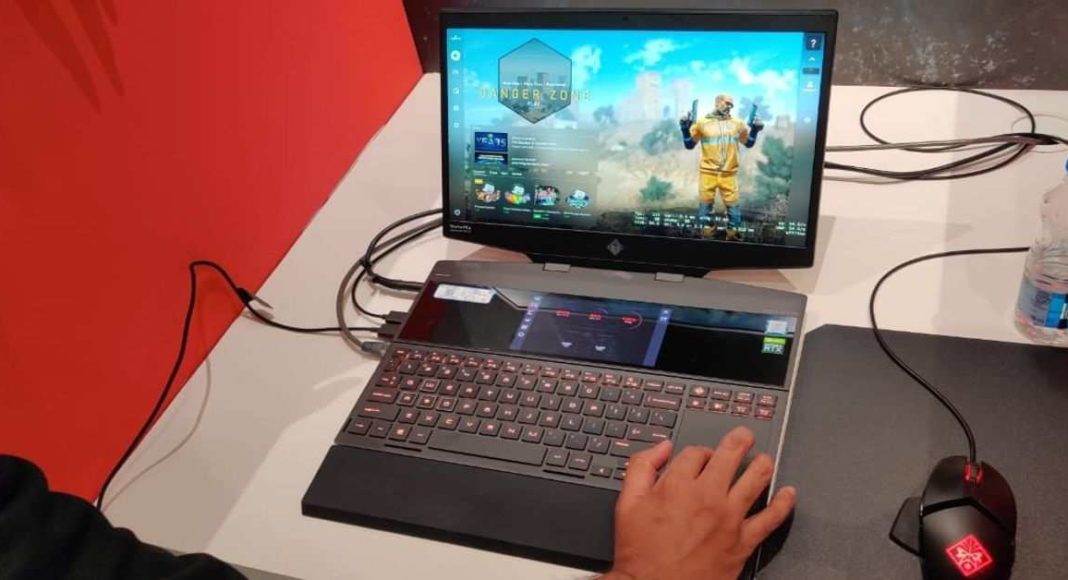 HP has today launched its OMEN X 2S in India, that is the world’s first dual-screen gaming laptop. HP OMEN X 2S laptop has a standard display along with a secondary screen that is touted to enhance the gaming experience of the device. Other than that, the company has also launched its OMEN 15 and Pavilion 15 laptops in the country. Here’s a look at the price details and the specifications of the newly launched laptops in India. Take a look:

As we mentioned earlier, the laptop comes with a standard display as well as a secondary screen. While its standard screen is 15-inches in size, the secondary one is a 6-inch touchscreen display that has a 1080p resolution. It lies right above the keyboard and provides an improved gaming experience. It is also the first 15-inch diagonal gaming laptop in the world to come with an applied liquid metal compound to the thermal system by way of Thermal Grizzly Condactonaut.

The secondary display of the laptop can be used for a number of functions including streaming videos, playing music, monitoring system performance or even act as a zoom-in tool for games that need the player to be precise and accurate.

HP Omen X 2S is the company’s flagship device and it comes packs some very powerful specifications. The laptop is powered by a ninth Gen Intel Core i9 CP and comes with up to 16GB of RAM. It has an SSD storage of up to 1TB and is equipped with NVIDIA’s GeForce RTX 2080 Max-Q graphics with 8GB of VRAM. In other words, the laptop will be able to deliver heavy amounts of gameplay even at high framerates.

HP has also added a new keyboard that comes with upgraded sound hardware that packs dual custom-tuned stereo speakers from Bang & Olufsen. It also comes with a number of ports and a new system for streaming between PCs and TVs. The laptop runs Windows 10 operating system.

HP OMEN 15 is also powered by an NVIDIA GeForce RTX 2080 that features a Max-Q7 design and is powered by the 9th Gen Intel Core i9 processor. Much like HP OMEN X 2S, it has eight cores and 16 threads and houses up to 16GB of RAM.

Coming to HP Pavilion Gaming 15 laptop, it comes with a thinner frame than its predecessor. The laptop will be powered by the latest 9th Gen Intel Core i5/i7 high-performance mobile CPUs and also has the NVIDIA GeForce GTX 1660 Ti paired with Max-Q design.

Avani Baggahttp://www.gadgetbridge.com
Avani has an immense love for reading, travelling and food, but not necessarily in the same order. Avani almost started pursuing law, but life had other (better) plans for her and she chose to be a writer instead (luckily!) She previously covered technology at Times Internet and wrote about smartphones, mobile apps and tech startups. When she’s not writing, you’ll be able to find her in book stores or catching up on her social life.
Facebook
Twitter
WhatsApp
Linkedin
ReddIt
Email
Previous article
Apple to sign a $100 million deal with Japan Display: Here’s more on it
Next article
Realme X Spider-Man edition smartphone announced in China