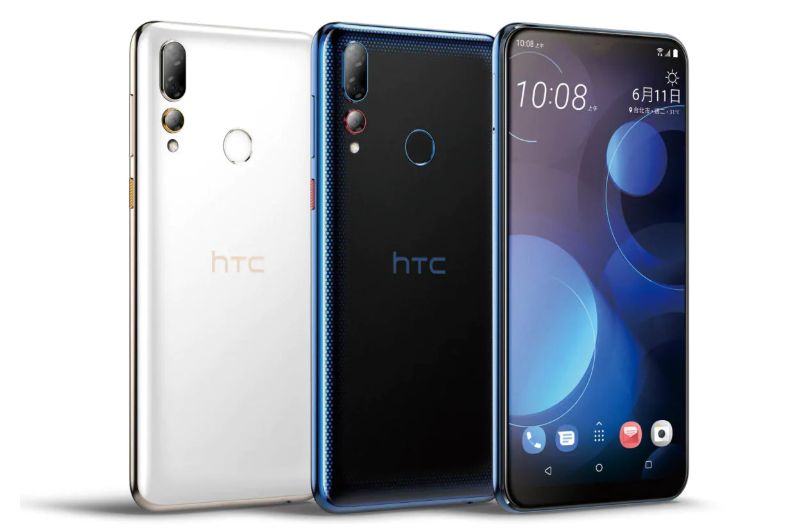 Here’s a look at the price details and specifications of the HTC U19e and HTC Desire 19+ smartphones:

HTC U19e will feature a 6-inch full-HD+ OLED screen (1080×2160 pixels) screen that will have an aspect ratio of 18:9 and will be protected by Corning Gorilla Glass. HTC U19e has support for dual Sim cards and it runs Android 9 Pie with HTC’s Sense UI on top. Powered by octa-core Qualcomm Snapdragon 710 SoC, the smartphone comes with 6GB of RAM. HTC U19e does not come with a notch, hole-punch, a pop-up selfie camera, it instead has the traditional bezels on top and bottom.

The new HTC smartphone houses a dual rear camera setup, which includes a 12MP primary camera with an f/1.8 lens and a 20MP shooter with an f/2.6 lens. It also has a 24MP selfie camera on its front panel as well with a 2MP sensor for iris-recognition unlock feature.

HTC Desire 19+ comes with a triple rear camera setup, which consists of a 13MP primary camera with f/1.85 aperture, 8MP wide-angle camera, and a 5MP depth camera. There is a 16MP camera on the front for selfies and video calls.

In other specifications, the HTC Desire 19+ packs 3,850mAh battery and a rear-mounted fingerprint sensor.

The HTC U19e carries a price tag of 14,900 TWD (approximately Rs 33,000) and it will be offered in Extraordinary Purple and Modest Green colours. The purple variant of the smartphone will come with a partly transparent back. HTC U19e will go on sale starting this week.

On the other hand, the Desire 19+ will be offered in two colour variants Star Indigo and Jasmine White and will be sold at 9,990 TWD (approximately Rs 22,100) for the base variant with 4GB of RAM and 64GB of onboard storage. The 6GB + 128GB variant of the smartphone will sold at 10,990 TWD (approximately Rs. 24,300). The handset will go on sale starting July.

Komila Singhhttp://www.gadgetbridge.com
Komila is one of the most spirited tech writers at Gadget Bridge. Always up for a new challenge, she is an expert at dissecting technology and getting to its core. She loves to tinker with new mobile phones, tablets and headphones.
Facebook
Twitter
WhatsApp
Linkedin
ReddIt
Email
Previous articleHuawei has postponed a laptop launch amid trade war with the US
Next articleShazam app gets a new feature called Pop-up which can identify songs played through headphones