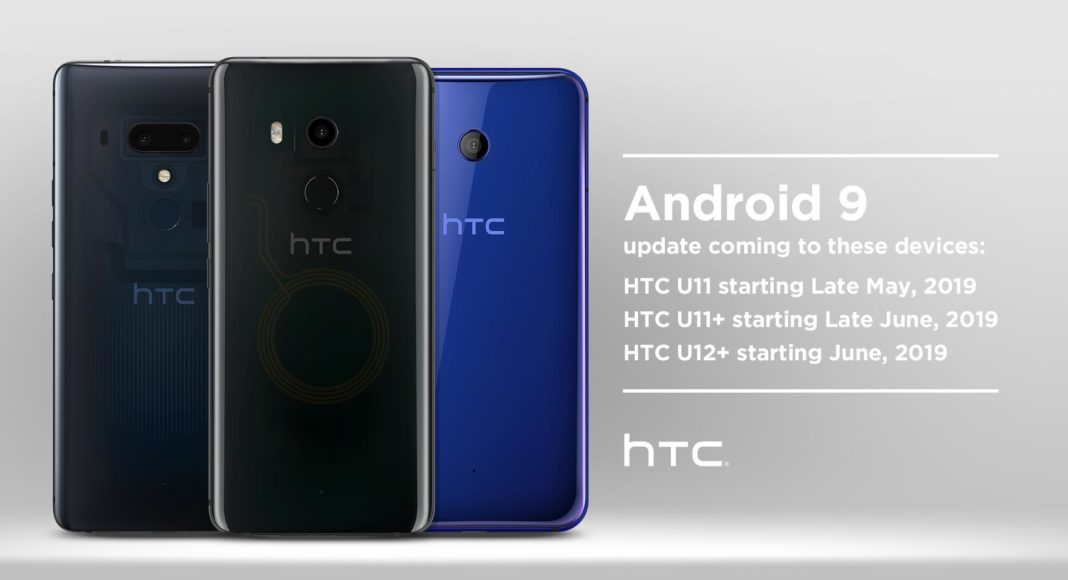 With the arrival of the new Android version – Android Q just months away it would seem as if the OEM makers would be gearing up for the new update. And most smartphones from major companies have already received the Android 9 Pie update. But now, HTC has announced that it would be rolling out the Android 9 Pie update for its smartphones. However, the roll out schedule of Android Pie for HTC devices is still days away; it could even be weeks.

The company took to Twitter to announce that it will be bringing new Android 9 Pie update for its smartphones. The HTC U11 will be the first device to receive the new update by the end of May. The company’s current flagship, the HTC U12 Plus will get Android Pie update in June 2019. While the HTC U11 Plus will start receiving the new update at the end of June 2019. But other than these smartphones, the company hasn’t mentioned any other and older HTC handset receiving the new update.

In the rising storm of the smartphone brands like Samsung, Apple, Xiaomi, Huawei, HTC has become a dying smartphone company now. Its last flagship smartphone, the HTC U12 Plus was launched back in 2018 and the last device that it launched was Desire 12s. The HTC Desire 12s was a mid-range segment phone launched back in December 2018. After that, the company hasn’t been much active and someone would assume if the company wasn’t planning to launch smartphones anymore.

The Google Pixel 3a, a mid-range smartphone launched by Google last week was developed by its Taiwan team. This team earlier belonged to HTC which was acquired by Google a year ago. After that, the company hasn’t been as active as its other competitors and competition.

We want to share the release schedule of the Android Pie updates for #HTC smartphones. Please note, certain regions & carrier deployment may affect these dates. U11 rollout will begin late May, 2019; U11+ will begin late June, 2019; U12+ will begin mid-June, 2019. Thank you pic.twitter.com/eyeCdX5qWm

The new Android 9 Pie update for only few of its smartphones seems late as the new Android Q beta update is already being rolled out. Earlier, in the past HTC was one of the few OEM makers to roll out the new Android versions to its smartphones and users. But now it seems as if those were the golden days of HTC and they are long gone now. Currently, HTC is more focused towards making the Vive virtual reality (VR) hardware ecosystem and is focusing most of its time and resources on it. And this new update seems as if the company is making a final attempt to stay in the smartphone industry running, or maybe it’s the last update before it bids farewell.

Aman Singhhttps://www.gadgetbridge.com/
Aman Kumar Singh has a Masters in Journalism and Mass Communication. He is a journalist, a photographer, a writer, a gamer, a movie addict and has a love for reading (everything). It’s his love of reading that has brought him knowledge in various fields including technology and gadgets. Talking about which, he loves to tweak and play with gadgets, new and old. And when he finds time, if he finds time, he can be seen playing video games or taking a new gadget for a test run.
Facebook
Twitter
WhatsApp
Linkedin
ReddIt
Email
Previous article
Realme X live images and press renders surface online: Here are all the details
Next article
Samsung Galaxy A70 review: For the love of all things large