The phone might be arriving with the 5G support 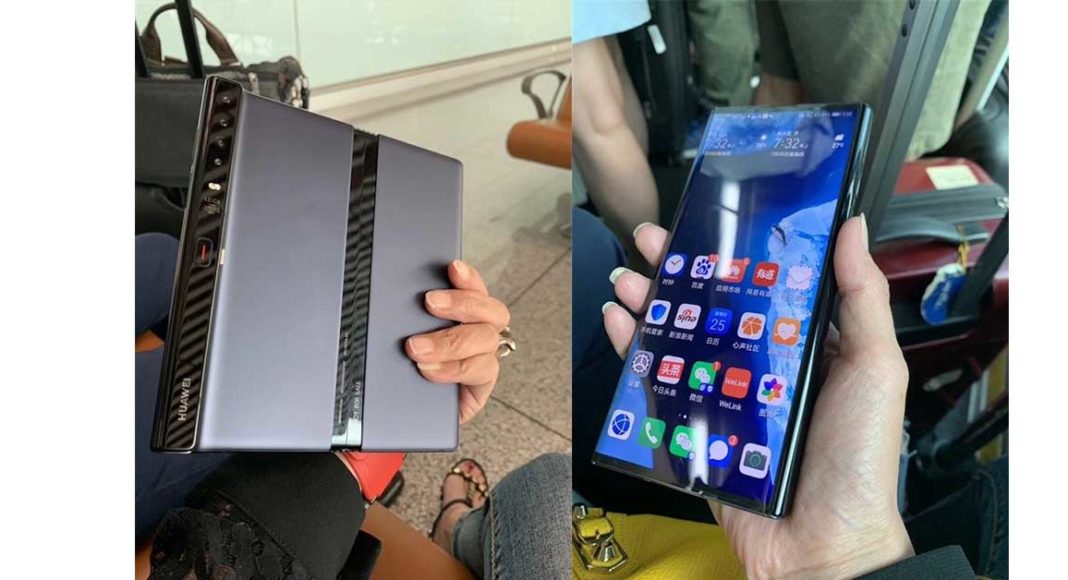 Recently Samsung’s foldable phone Galaxy Fold was finally made available in the international markets. Now is the turn of Huawei’s Mate X. The South Korean Company Samsung made Galaxy Fold available last week in its home market after crossing so many hurdles. Like Samsung, the Chinese smartphone maker Huawei is also preparing to release Huawei Mate X into the market after delaying it for several months. The Company’s CEO, Richard Yu revealed at the ongoing IFA 2019 that they will launch the Mate X anytime soon, in all probability next month.

Huawei has been delaying the launch of its foldable device Mate X to make sure it meets the quality requirements. This indicates that they have learned from Samsung’s mistake of launching the Galaxy Fold too early before it was market-ready. Huawei Mate X is being optimized to meet the company’s tough and superior requirements before the launch of the foldable handset. Now the Huawei CEO has confirmed that the handset will be launched in October this year.

As per a report, CEO Richard Yu gave the reason not being market ready for the delay of Mate X release. Yu said he’d hoped the phone would be on sale already, but because of the rollout of 5G and the need to give app developers time to adapt to their apps with the new screen size is also the reason why its arrival was being delayed.

He said”Maybe next month we can start to sell it globally,” he further added “The manufacturing of this phone is not only very expensive but has some challenges for volume and mass production.” He too confirmed the presence of Kirin 990 chip, into the upcoming foldable device. Huawei Mate X was first introduced at MWC in Barcelona earlier this year in February.

Mate X is a bit different from the already launched Samsung’s Fold that opens like a book but Mate X has a curved screen around the outer surface that fold outwards. The unfolded screen has 8-inches while the folded phone has a 6.6-inch AMOLED display. The phone is 11 mm thick when folded and does not have a headphone jack.

Komila Singhhttp://www.gadgetbridge.com
Komila is one of the most spirited tech writers at Gadget Bridge. Always up for a new challenge, she is an expert at dissecting technology and getting to its core. She loves to tinker with new mobile phones, tablets and headphones.
Facebook
Twitter
WhatsApp
Linkedin
ReddIt
Email
Previous article
Apple to live stream the launch of iPhone 11 on YouTube for the first time
Next article
Pixel, OnePlus, Redmi K20 Pro and other smartphones start receiving Android 10 OS update