The Huawei laptop is now available for purchase via Amazon in the country. 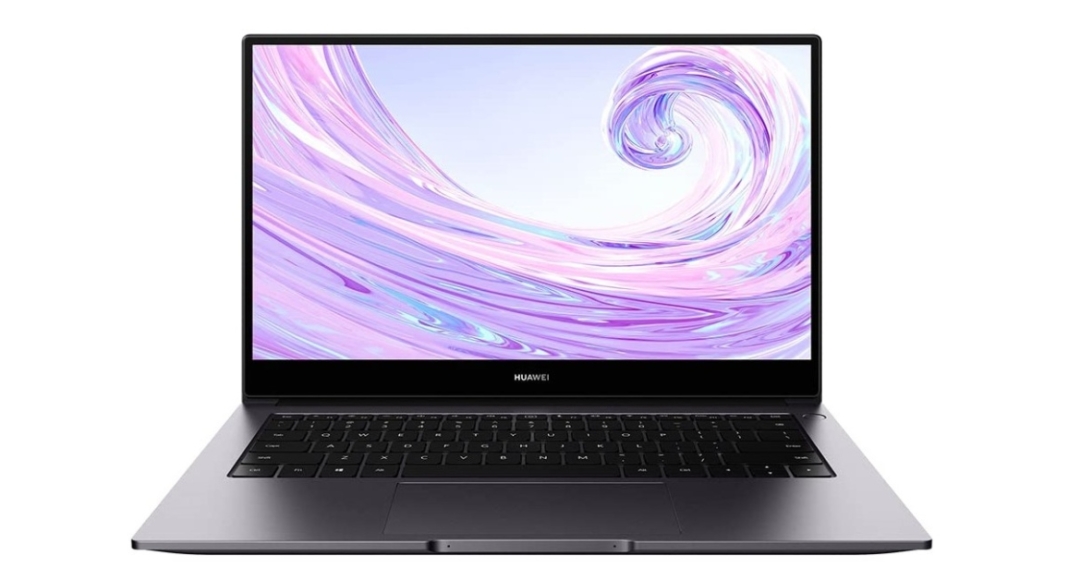 Huawei MateBook D 14 has arrived in India. The company has not made any announcement, instead, it quietly got listed on the e-commerce platform Amazon. The new laptop is powered by a 10th gen Intel Core i5- 10210U processor. It is available in a 14-inch Full View 1080P FHD display. The Huawei laptop also features a TUV Rheinland-certified display with slim bezels. In addition to this, there is a fingerprint sensor embedded in the power button.

MateBook D14 has been launched in India with a price tag of Rs 69,490. It is offered in a single Gray colour option. The company has not announced the availability details but it is now listed on Amazon for purchase.

Huawei MateBook D 14 features a 14-inch full-HD IPS display offering 1920 x 1080 pixels of resolution along with a 91% screen to body ratio. The screen has 178 degrees and slim bezels on the sides. In addition to this panel is TÜV Rheinland approved which dramatically minimises eye-impairing blue light to assure your viewing enjoyment and long-term optical health. The Huawei MateBook D 14’s power button has a fingerprint reader. Within 8 seconds, you may turn on and securely log in to your desktop with a single button click. Whereas the 720p webcam is concealed within the keyboard. It appears only if you desire it with a single push. To avoid any remote access and security breaches, turn it down once more.

As per the company without an Internet connection, your smartphone and HUAWEI MateBook may be transformed into “ONE” super gadget with a single tap. Your phone screen shows on your laptop, allowing you to drag and drop files between them and edit files on your laptop while chatting with colleagues on your phone, all while using the same keyboard and mouse. The HUAWEI MateBook D 14 is powered by a 10th Gen Intel Core i5 10210U CPU coupled with 16 GB RAM, 512 GB SSD.

Other characteristics of the gadget include a 56Wh battery and a 65W USB C charger. It can charge your laptop battery to 46 percent in just 30 minutes. It also allows quick charging and data transmission for your phone. The Shark Fin 2.0 fan design is found in the HUAWEI MateBook D 14. It effectively optimises airflow and absorbs heat, fast and quietly cooling the laptop so it can withstand everything you throw at.

Komila Singhhttp://www.gadgetbridge.com
Komila is one of the most spirited tech writers at Gadget Bridge. Always up for a new challenge, she is an expert at dissecting technology and getting to its core. She loves to tinker with new mobile phones, tablets and headphones.
Facebook
Twitter
WhatsApp
Linkedin
ReddIt
Email
Previous article
Top 5 Best Selfie Apps for Android: Finger Clicking Good
Next article
Tecno Spark 8C with 5,000mAh battery launched in India