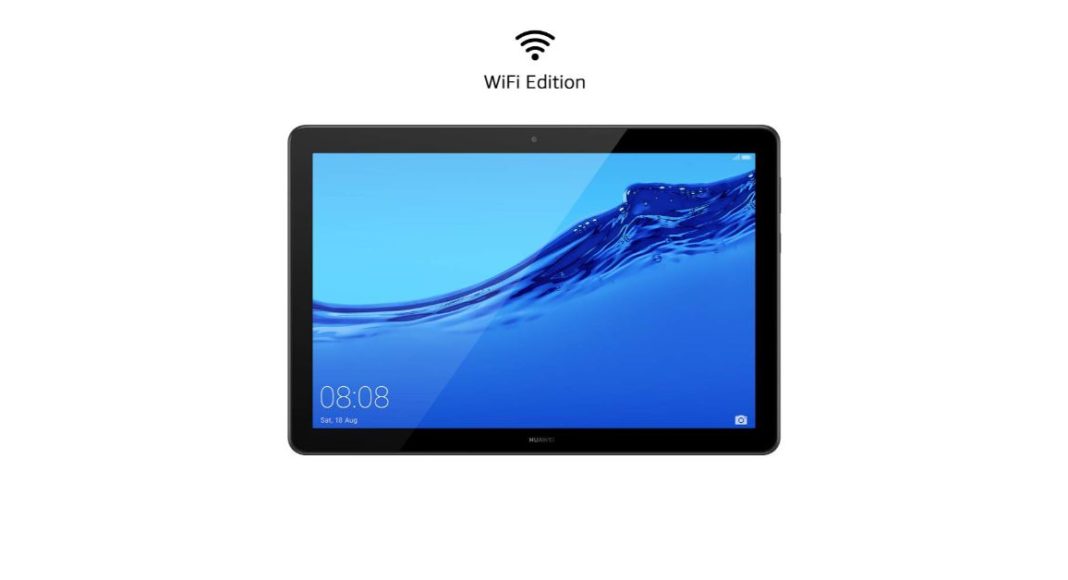 Huawei MediaPad T5 Tablet WiFi Edition has been launched in India. The device is now up for sale via Amazon India website. To recall the tablet was launched a year back with 4G LTE connectivity. But the company has arrived with the WiFI only variant in the country as well as in the other markets. The Huawei Tab with WiFi connectivity shares the same specifications with the 4G LTE version. It features a 10.1-inch full-HD display and is powered by Kirin 659 SoC.

Huawei MediaPad T5 Tablet WiFi Edition has been introduced in a single  3GB of RAM and 32GB of storage with a price tag of Rs 12,999 in India. The Tablet is exclusively available for purchase via e-commerce website Amazon. It will be offered in a single Black colour variant.

According to the company on the purchase of Huawei MediaPad T5 Tablet, the buyers will be offered a six months no-cost EMI option starting at Rs 612 per month along with Huawei AM61 Bluetooth earphones worth Rs. 3,990.

Apart from the EMI option, there is a 5 percent cash back on the transactions made via  Amazon Pay ICICI Bank Credit card for Prime members. Whereas the non-prime members will be getting a 3 percent cash back on the purchase of the tab. At the moment the website is only taking pre-paid orders for the device and will be delivered in Green, Orange and Red zones except for the containment zones.

Huawei MediaPad T5 Tablet WiFi Edition features a 10.1-inch full-HD display with 1,920×1,200 pixels of resolution and 16:10 aspect ratio along with 224ppi pixel density. The Tablet runs on  EMUI 8.0 based on top of Android 8.0. It is powered by octa-core HiSilicon Kirin 659 SoC coupled with 3GB of RAM and 32GB of storage. It comes with an Eye-comfort Mode for your children that reduces harmful blue light to create healthy reading conditions. Moreover, there is posture guidance, blue light filter, limited using time being offered by the company for the kids.

Komila Singhhttp://www.gadgetbridge.com
Komila is one of the most spirited tech writers at Gadget Bridge. Always up for a new challenge, she is an expert at dissecting technology and getting to its core. She loves to tinker with new mobile phones, tablets and headphones.
Facebook
Twitter
WhatsApp
Linkedin
ReddIt
Email
Previous article
Honor X10 with 5G connectivity and pop up selfie camera launched
Next article
Apple’s augmented reality glasses tipped to be called Apple Glass will be available by Q4 2020: Design, Features and pricing leaked