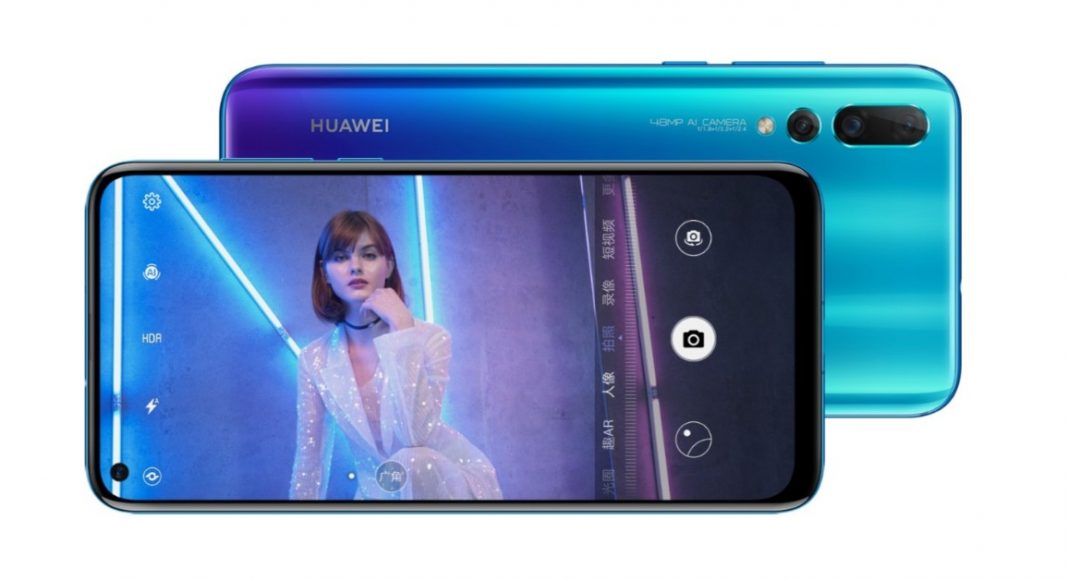 Chinese smartphone brand Huawei has launched its Nova 4 smartphone today. Much like Samsung A8s, Huawei Nova 4 comes with a hole on its display to house the selfie camera. Although Samsung did manage to launch its smartphone with cut-out selfie camera before Huawei, it is worth noticing that the Chinese smartphone maker’s sub-brand Honor announced its View 20 with the same feature on the same day. Huawei’s new smartphone is said to be the first to sport a 48MP sensor in a triple rear camera setup. Read on to know about the pricing details and specifications of the newly launched device:

Huawei Nova 4 smartphone is available in two variants. While the high-end model sports a 48MP sensor in its triple rear camera setup, the base model replaces it with a 20MP camera. While the former bears a price tag of 3,399 Yuan, the latter costs 3,099 Yuan. On conversion, these become approximately Rs 35,309 and roughly Rs 32,193 respectively. The smartphone is likely to be launched in India since it is an important market for the Chinese smartphone maker, but an exact date is not known yet.

Coming to the specifications of the device, Huawei Nova 4 mobile sports a 6.4-inch Full HD+ IPS display that has a resolution of 2310 × 1080 pixels and is powered by the company’s latest processor – 7nm Kirin 980 SoC. The smartphone houses 8GB of RAM and comes with 128GB of onboard storage. Huawei Nova 4 runs the latest Android 9.0 Pie with a layer of EMUI skin baked on top. The new handset also comes with GPU Turbo 2.0 technology which enhances its gaming performance.

Huawei’s latest offering houses a 3,750mAh battery that has support for 18W fast charging. For imaging duties, there is a triple rear camera setup with 48MP, 16MP and 2MP sensors. However, these camera specifications are only applicable to the high-end version of the smartphone. The standard variant comes with a 20MP, a 16MP and a 2MP sensor. If you are a selfie lover, you would happy to know that Huawei Nova 4 features a 25MP front-facing camera.

Avani Baggahttp://www.gadgetbridge.com
Avani has an immense love for reading, travelling and food, but not necessarily in the same order. Avani almost started pursuing law, but life had other (better) plans for her and she chose to be a writer instead (luckily!) She previously covered technology at Times Internet and wrote about smartphones, mobile apps and tech startups. When she’s not writing, you’ll be able to find her in book stores or catching up on her social life.
Facebook
Twitter
WhatsApp
Linkedin
ReddIt
Email
Previous articlePUBG Mobile to get Vikendi Snow Map on December 18
Next articleOnePlus 5, OnePlus 5T start receiving Android Pie in open beta update