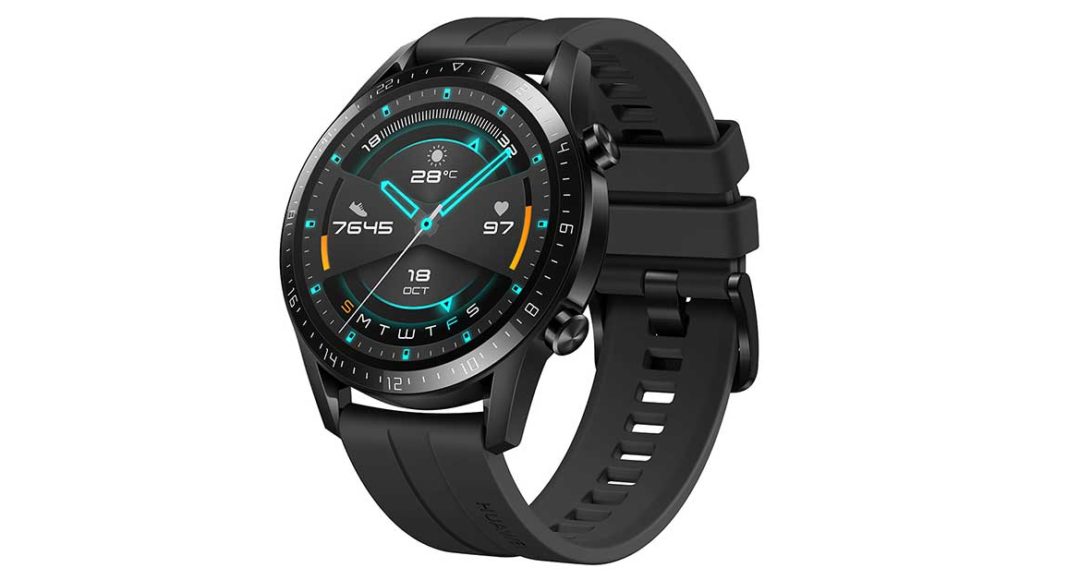 On Thursday in New Delhi, India, Huawei launched its GT 2 smartwatch. The Huawei Watch GT 2 is the successor of the Huawei Watch GT that now comes with the same kind of battery life, but is much better than the previous edition. To talk about its technical specifications this smartwatch comes with 2 dial types. One that is 42mm, which is 1.2-inch dial and the other is 46mm, which is the 1.39-inch dial. Both of them are AMOLED displays with a resolution of 390×390 pixels and 454×453 pixels respectively.

Under the hood, the Huawei Watch GT 2 runs Kirin A1 chipset that is the first chipset by the company supports dual BT/BLE framework. The CPU on this chipset is the Cortex-M7 that has a clock speed of 200MHz, which should keep this smartwatch running smooth and fine. This is partnered with 32MB RAM and a 455mAH battery that will enable it to stay alive for 2 weeks with the always-on display.

As for the storage the Huawei Watch GT 2 has 2GB of it on board, which can store your songs on it as well. The new smartwatch by Huawei supports both Android and iOS devices and comes with features such as heart rate monitor, sleep monitoring system and fitness tracker. The fitness tracking regime now has various new modes such as triathlon.

Huawei Watch GT 2 can be taken out to swim and diving too. This watch is water-resistant up to 50 meters that is roughly 160 feet underwater. For connectivity, the Huawei Watch GT 2 also comes with GPS and Bluetooth v5.1.

As for the price of the Huawei Watch GT 2, the 42mm version comes at a starting price of Rs 15,990. The leather and metal versions are priced at Rs 17,990 and 21,990 respectively. While the smaller 42MM version is priced at Rs 14,990 and will start shipping at a later date, not revealed by the Chinese company.

All the variants can be picked up from offline stores such as Chroma and online stores such as Amazon and Flipkart India. The sale of the smartwatch starts on December 19, however, we have seen the smartwatch already selling on Amazon India. Another launch offer will enable buyers to pick up the Huawei mini speaker for no additional costs when they buy the Huawei Watch GT 2.