The device will come with a pop-up selfie camera module 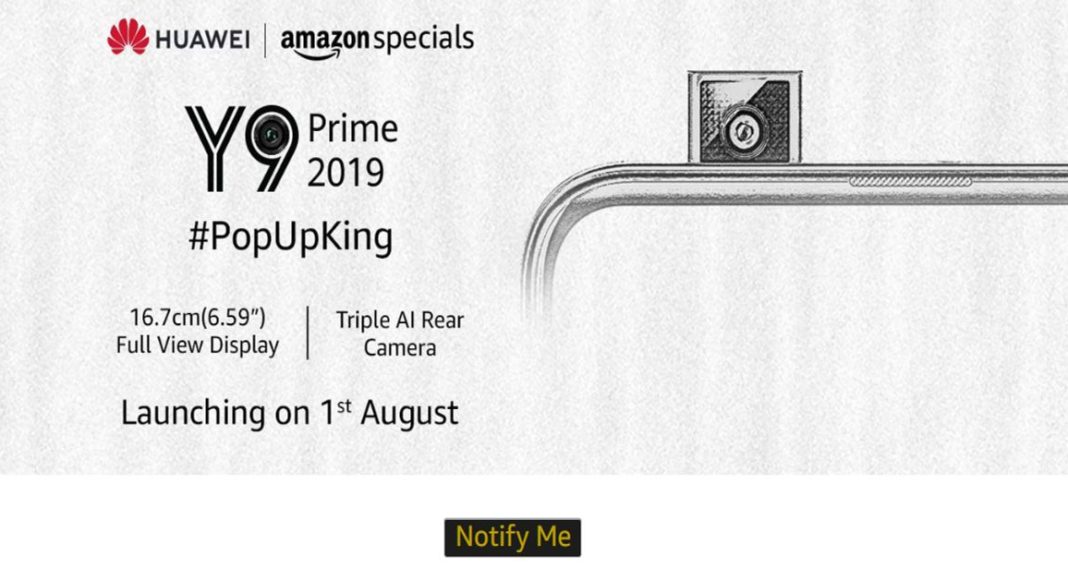 Huawei Y9 Prime 2019 is all set to be launched on August 1 in India. As per a new listing on Amazon India, the handset will be introduced in the country on August 1. Apart from that, the listing also reveals the key specifications of the Huawei Y9 Prime 2019. The smartphone will feature a pop-up selfie camera, a triple rear camera setup and a rear-mounted fingerprint sensor.

This smartphone is expected to give a tough competition to Redmi K20, Oppo K3 and Realme X smartphones. The device will come with a pop-up selfie camera module and will be powered by the company’s own octa-core HiSilicon Kirin 710F SoC processor. The device will be sold on the Amazon India website since that is where its listing has appeared. The listing reveals that the smartphone has an ability to recognize eight diverse scenes that enhance the selfie portraits. The dedicated page on Amazon also highlights the Emerald Green and Sapphire Blue colour options. 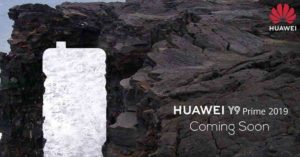 Until now, Huawei has not yet officially revealed the price range under which the new smartphone will be launched. However, it is rumoured that the smartphone may carry the same price tag as its variants that are being sold in Chile, Saudi Arabia, and Kenya.

Huawei Y9 Prime 2019 is powered by an octa-core Kirin 710F processor and will be available in a single 4GB RAM variant. The smartphone features a 6.59-inch full-HD+ (1080×2340 pixels) LCD screen that has a 19.5:9 aspect ratio. In addition to this, the smartphone houses a 4,000mAh battery. The device will be available with up to 128GB internal storage and can hold a microSD card of up to 512GB. It also has a fingerprint sensor on its back panel.

On the imaging front, the Huawei Y9 Prime comes with a triple rear camera setup that comprises of a 16MP primary camera, an 8MP an ultra-wide-angle sensor, and a 2MP tertiary sensor. It comes with a pop-up selfie camera module equipped with a 16MP sensor for selfies and video chats.

Komila Singhhttp://www.gadgetbridge.com
Komila is one of the most spirited tech writers at Gadget Bridge. Always up for a new challenge, she is an expert at dissecting technology and getting to its core. She loves to tinker with new mobile phones, tablets and headphones.
Facebook
Twitter
WhatsApp
Linkedin
ReddIt
Email
Previous articleOnePlus 6 and OnePlus 6T start receiving OxygenOS Open Beta 23/15 update
Next article10 PUBG Mobile settings you can adjust to get the chicken dinner easily