HomeMobilesHuawei Y9s with a pop-up selfie camera and a triple rear camera...

The smartphone was launched in China last year 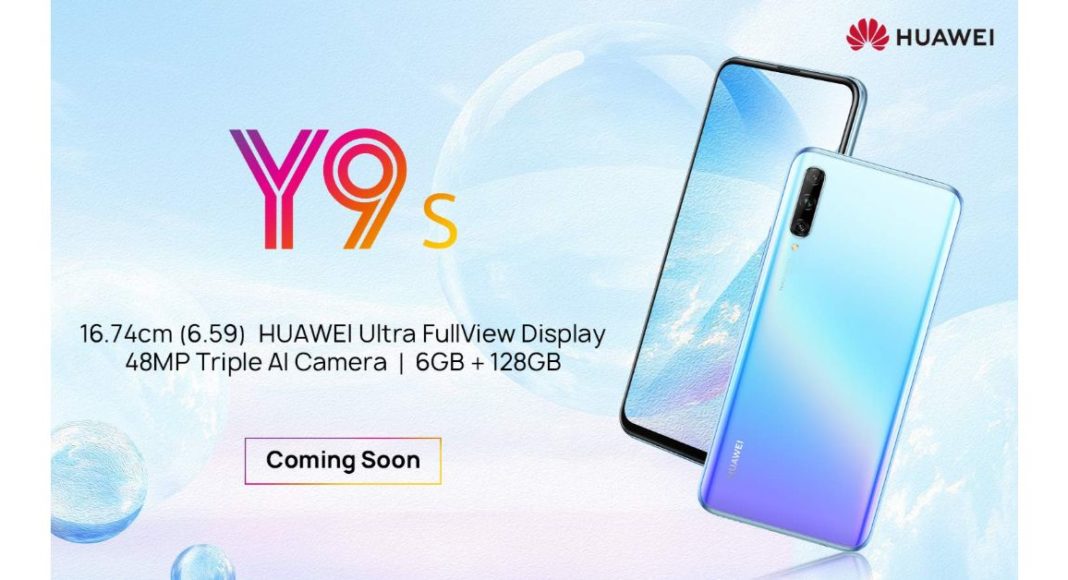 The Chinese electronics major Huawei has announced the launch of its new smartphone in the Indian market. The company introduced its new premium mid-range smartphone called Huawei Y9s. To tease the availability of the device recently the company listed the smartphone on the Amazon India website. To recall, Huawei launched Y9s in China last year and the mobile phone is already available in several other markets. Read on to know the pricing and specifications of the newly launched phone.

Huawei Y9s will be available with a price tag of Rs 19,990 for the lone 6GB RAM with 128GB storage variant. It will be offered in two colour options, Breathing Crystal and Midnight Black. The smartphone is scheduled to go on sale in India via e-commerce platform Amazon from May 19 onwards. Buyers can avail 9 months no-cost EMI, an exchange offer of Rs 1500 and Rs 1000 Amazon Pay Cash Back on the Huawei Y9s.

Huawei Y9s runs on EMUI 9.1 based on top of Android 9 Pie out of the box. It features a 6.59-inch full-HD+ TFT LCD display with 1,080×2,340 pixels of resolution with a pixel density of 391ppi. The device comes with a screen-to-body ratio of 91% along with slim bezels on the top and bottom and a side-mounted fingerprint scanner. The smartphone is powered by an octa-core Huawei Kirin 710F processor coupled with 6GB RAM and 128GB storage. The internal memory can be expanded by up to 512GB using a microSD card.

Komila Singhhttp://www.gadgetbridge.com
Komila is one of the most spirited tech writers at Gadget Bridge. Always up for a new challenge, she is an expert at dissecting technology and getting to its core. She loves to tinker with new mobile phones, tablets and headphones.
Facebook
Twitter
WhatsApp
Linkedin
ReddIt
Email
Previous articlePoco F2 Pro with Qualcomm Snapdragon 865 processor launched globally
Next articleTo combat the spread of fake pieces of information and rumours Twitter starts adding a label and warning messages to the misleading and harmful content