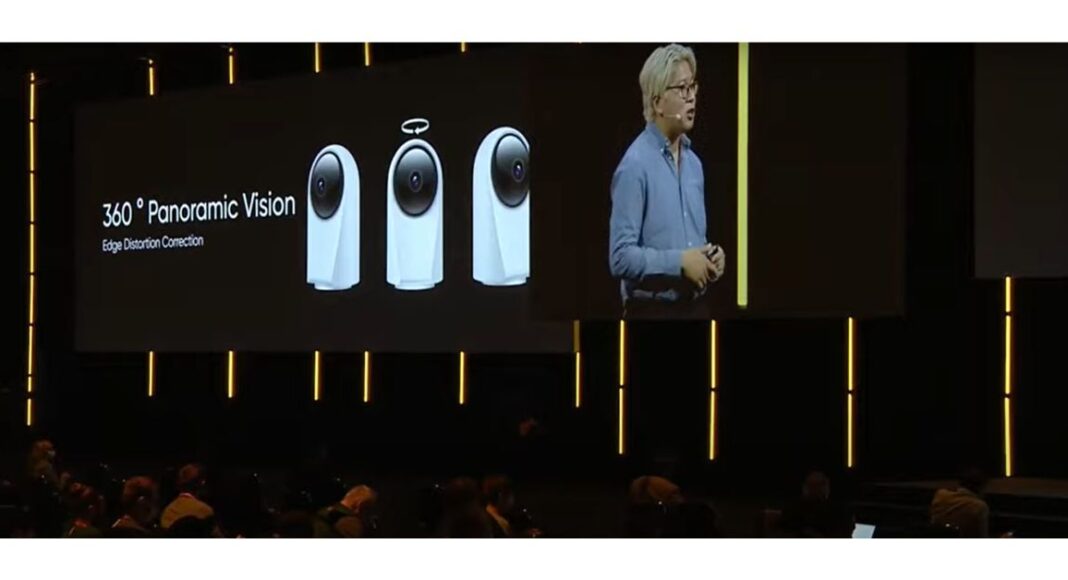 At the IFA 2020, Berlin Realme introduced a bunch of its new products at the tech fair. At the event the company showcased across various categories this includes 55-inch Smart TV, new audio products, and other IoT devices namely Realme Smart Cam 360 and Realme Smart Bulb. All these Realme products will be making their way to the market in the coming months or so. 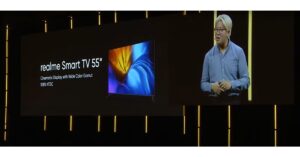 During the IFA 2020 press event Realme unveiled its upcoming 55-inch Smart TV. At the moment the company is offering its Smart TVs in two different sizes with 32 and 43-inch panels. So, the latest Smart TV that the company has introduced will be the largest amongst the two. It has a 108% coverage of the wide NTSC color gamut. The display comes with a 4K (Ultra HD) resolution with HDR support. The Television runs on Android TV 9 Pie operating system. The company is yet to reveal more information on the latest 55-inch variant.

Realme unveiled its Buds Air Pro under the TWS category of wireless earphones. The company has not disclosed the features of its upcoming wireless audio product other than just name. Other than this the second product in which the company has introduced Realme Buds Wireless P that comes with a neckband design. All these devices will be supported by active noise cancellation (ANC) technology and India will be the first to get these products. 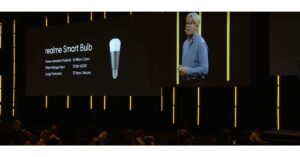 Other than these the company has introduced its first products under the home security category which is Realme Smart Cam 360 and Smart Bulb. The camera features 1080p full-HD video recording with other features such as dynamic range and 3D noise cancellation algorithm. The camera comes with a mechanical gimbal that achieves a 360-degree panoramic vision for better edge detection and eradicating bling sports for better security along with built-in edge distortion detection.

The Realme Smart Cam 360 also includes infrared Night Vision Mode that enables automatically as the sunsets. With the 940nm infrared illuminator, the smart camera further includes AI motion detection, real-time alert along with two-way voice talk for remote calls. For privacy, the camera also has a cover to hide the lens. This camera is supported with up to 128GB of storage through a microSD card while the recorded videos can be stored locally or accessed through Realme Link. AES/TLS 1.2 encryption algorithm.

Last but not least is the Realme Smart Bulb. This is supported by 16 million colours and is flicker-free along with a wide range of colour temperatures from 1700k-6500k. Made out of flame-resistant material it comes with a life expectancy of 13 years supported by voice assistance for taking commands.

Komila Singhhttp://www.gadgetbridge.com
Komila is one of the most spirited tech writers at Gadget Bridge. Always up for a new challenge, she is an expert at dissecting technology and getting to its core. She loves to tinker with new mobile phones, tablets and headphones.
Facebook
Twitter
WhatsApp
Linkedin
ReddIt
Email
Previous articleFacebook introduces a forwarding Limit on Messenger to curb misinformation
Next articleHow to prevent Amazon from collecting your private information including your Alexa voice commands