The upcoming smartphone will be available via Flipkart and will include a 5,000mAH battery with a water drop notch and a dual rear camera 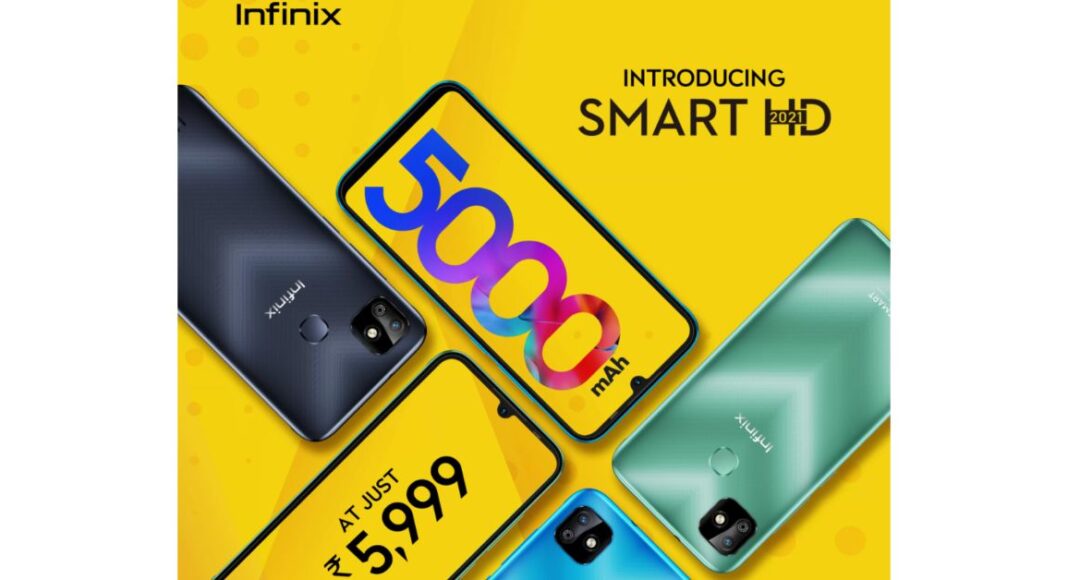 Transsion group holdings group is going to launch its latest smartphone in the Indian market under its brand Infinix. The company is set to launch Infinix Smart HD 2021 on December 16 in the country. Just ahead of the official launch the pricing of the smartphone as well as its specifications have been revealed. As per Flipkart’s listing, the device is confirmed to launch with a price tag of Rs 5,999. It is going to include dual rear cameras and a single selfie camera on the front with slim bezels on the sides. Read on to know more about the Infinix Smart HD 2021 smartphone.

As revealed by the Flipkart listing Infinix Smart HD 2021 will be available in India with a price tag of Rs 5,999. As per the dedicated microsite, the device will be offered in a single RAM and storage option of 2GB RAM with 32GB storage. The device will be unveiled via Flipkart on December 16 at 12 noon. The smartphone is also confirmed to be offered in three colour options of black, blue, and turquoise. 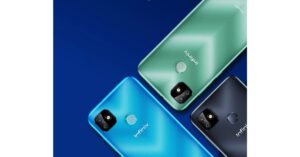 According to the dedicated microsite on Flipkart, Infinix Smart HD 2021 smartphone is confirmed to come with a 6.1-inch HD+ display. On the front, there is a waterdrop notch to house a selfie camera and dual rear cameras with LED flash. The smartphone packs a 5,000mAh battery.

The e-commerce platform has not revealed complete specifications however the device is speculated to be powered by a 1.2GHz chipset. It is reported to run on the Android 10 Go edition. The display is expected to offer 720×1,560 pixels of resolution and 500 nits of peak brightness. The device is slated to feature an 8-megapixel sensor on the rear and an 8-megapixel selfie sensor on the front. The device will have an option to expand the storage to up to 256GB using a microSD card. It is also said to be supported by 5W standard charging.

Komila Singhhttp://www.gadgetbridge.com
Komila is one of the most spirited tech writers at Gadget Bridge. Always up for a new challenge, she is an expert at dissecting technology and getting to its core. She loves to tinker with new mobile phones, tablets and headphones.
Facebook
Twitter
WhatsApp
Linkedin
ReddIt
Email
Previous article
iQoo U3 with MediaTek Dimensity 800U SoC and 5,000mAh battery launched
Next article
Microsoft collaborates with Warner Bros to empower a new generation of developers