Infinix Zero 5G confirmed to launch on February 14 in India, listed on Flipkart

The microsite reveals the key specifications of the upcoming smartphone. 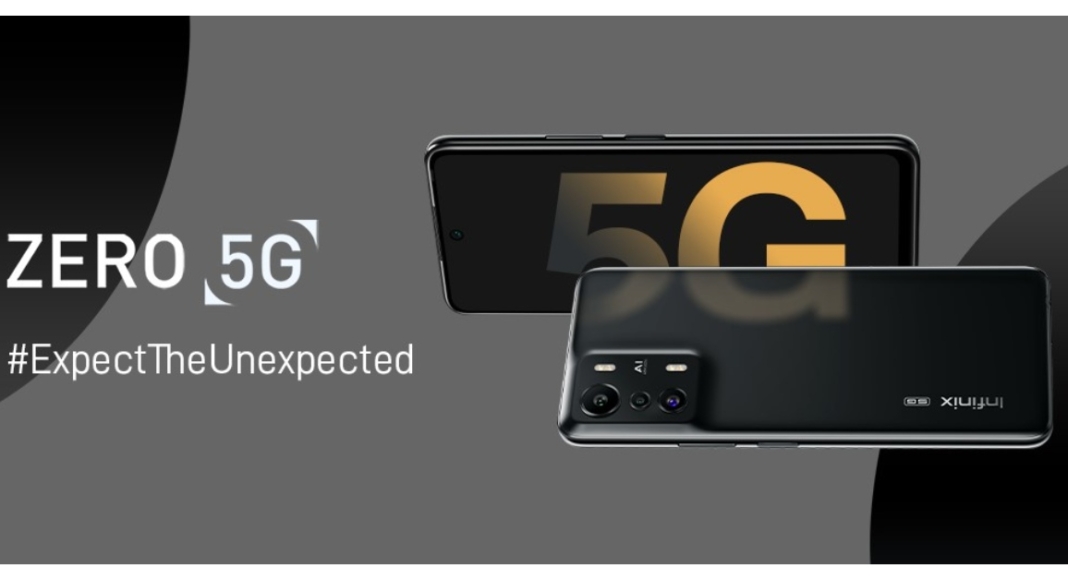 Recently Infinix teased its first 5G smartphone Infinix Zero 5G. Until now the company did not disclose the Indian launch timeline but now the device has a launch date. The firm has confirmed that the smartphone will launch in India on February 14. The device has also been listed on Flipkart to tease its availability. E-commerce also highlights the key details of the upcoming smartphone.

The Infinix Zero 5G India launch date has been planned for February 14. Infinix’s new phone will be the company’s first 5G handset. As per Flipkart, the device will launch at 12 noon. In addition to this, the dedicated microsite reveals the phone will have three back cameras and be powered by a MediaTek Dimensity 900 SoC. According to the information on the e-commerce website, it will sport a hole-punch display design.

Previously the look of the Infinix Zero 5G was first previewed by Anish Kapoor, CEO of Infinix India. Furthermore, the Flipkart listing includes photos of the Infinix Zero 5G that highlight some of its important characteristics. There looks to be a 48-megapixel primary camera. In addition to this, the phone also includes a 3.5mm headphone port. The device is likely to be available in two colour options out of which one Orange colour option we have already seen. This image is similar to the one provided by tipster Abhishek Yadav in his previous tweet. The gadget is likely to cost around $350, which converts to Rs 26,200 in India. Kapoor, on the other hand, has indicated that it will cost less than Rs 20,000.

Infinix Zero 5G is tipped to be powered by a MediaTek Dimensity 900 SoC. The device is believed to include LPDDR5 RAM and UFS 3.1 storage. Furthermore, the phone is expected to support 13 distinct 5G bands, which is even more than what Samsung offers.

In terms of features, the Infinix Zero 5G smartphone would purportedly run Android 11 with the XOS 10 overlay on top. It might have a 6.7-inch AMOLED display with a 120Hz refresh rate. The phone is rumoured to include a MediaTek Dimensity 900 SoC with an Arm Mali-G68 MC4 GPU. It will be available with up to 8GB of RAM and 128GB of storage. The phone is reportedly believed to include a fingerprint scanner and a 5,000mAh battery with 33W fast charging.