Instagram will also allow creators on the platform to earn money through subscriptions. 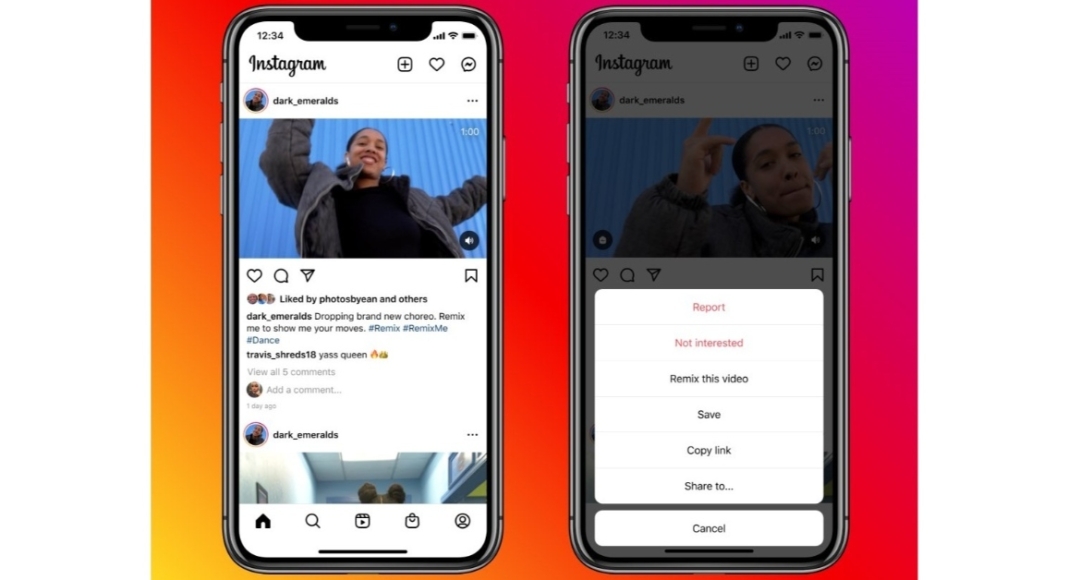 Instagram released Reels Remix, a feature similar to TikTok’s Duet to its platform, in April last year. In a new development, the Meta-owned photo-sharing app has now announced that it is expanding Instagram’s ‘Remix’ function for Reels to any video published on the network.

Following the community’s enthusiasm for the ‘Remix’ moment on Reels, Instagram is launching a feature that will allow users to Remix any new public video on the site. The social media platform took to Twitter to declare the same. Earlier the Remix feature was only exclusive to Reels but now is available for all videos on the platform, offering more content for curators to choose from.

Note that any video uploaded before the function went live will not be affected. In addition to this, the remixed videos may then be shared on Reels.

Now onwards Instagrammers will get to Remix this video option in the menu on any videos published to Instagram after the feature goes live.

To try out the feature, which allows you to ‘remix the video’ and post it on your profile:

Meanwhile, Instagram has also announced “Subscriptions for creators”. This feature was announced by Instagram head Adam Mosseri via a video posted on Twitter. This functionality will enable creators to select content producers in the United States to charge fans for subscriptions, which means they can generate consistent money on the platform.

The meta-owned app also plans to expand the feature over time since it’s important that subscriptions are incorporated into the Instagram experience as a whole.

Komila Singhhttp://www.gadgetbridge.com
Komila is one of the most spirited tech writers at Gadget Bridge. Always up for a new challenge, she is an expert at dissecting technology and getting to its core. She loves to tinker with new mobile phones, tablets and headphones.
Facebook
Twitter
WhatsApp
Linkedin
ReddIt
Email
Previous article
WhatsApp for iOS may be able to import chats from Android smartphones soon
Next article
Benefits of up to Rs 17,000 are now available on the Samsung Galaxy Z Fold 3 and Galaxy Z Flip 3