The new Card preview will show small previews of the Instagram posts. 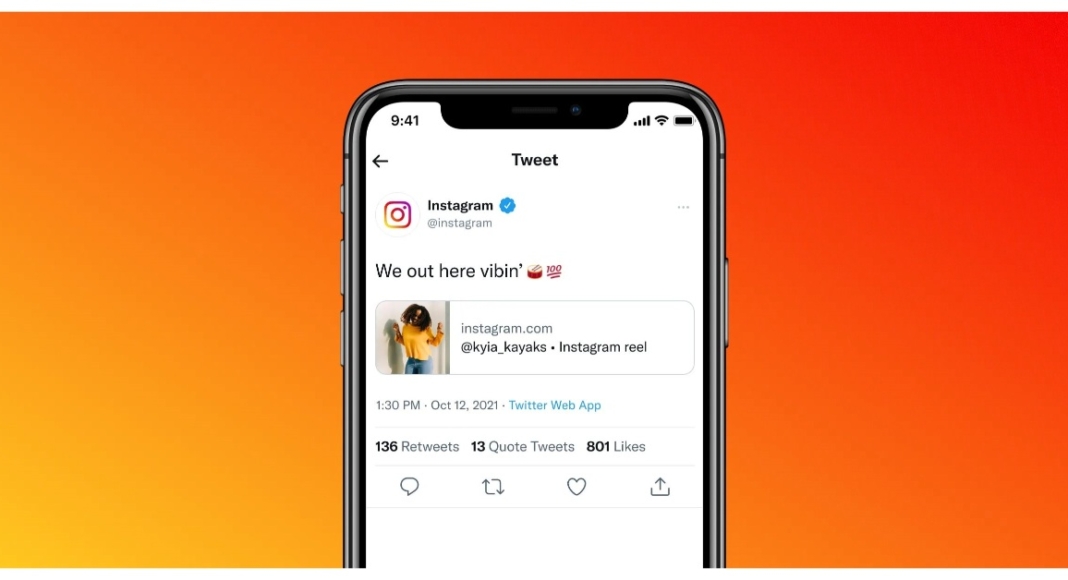 Photo sharing app owned by Meta Instagram is reintroducing Twitter card previews on its platform. From now on users will get a preview when someone shares Instagram links on the microblogging site. Earlier when Instagram links were shared it only showed a URL but now a small preview of the link including an image will let them know what the shared link is about even before opening it.

Instagram has added Twitter Card Previews on its platform. Thanks to the new features a preview will appear, the users will now be able to view Instagram posts without having to open the link. The feature is now available on Android, iOS and web platforms. Previously this feature was removed from the platform and when someone shared their Instagram post on Twitter it only showed the URL in their tweets.

Besides this Twitter has also introduced a new feature for the iOS platform letting them search via the tweets of specific profiles. A new search button now appears on specific profiles allowing them to search only for tweets from an individual account. The feature was first introduced by XDA Developers. According to its report, Twitter will now show a new Search button on the Twitter profile of iOS users. The publisher has also shared screenshots that show the new search button placed on the top right corner of the user’s profile.

On Clicking on the new Search @Username’s Tweets button one can easily look for specific tweets. A screen similar to the existing search functionality appears when you press enter.

Komila Singhhttp://www.gadgetbridge.com
Komila is one of the most spirited tech writers at Gadget Bridge. Always up for a new challenge, she is an expert at dissecting technology and getting to its core. She loves to tinker with new mobile phones, tablets and headphones.
Facebook
Twitter
WhatsApp
Linkedin
ReddIt
Email
Previous article5 Best Ways to Fix Google Search Bar Widget Miss­ing in Android
Next article6 November 2021 Amazon Quiz today answers: Answer to win Rs 25,000 Amazon Pay Balance

Garena Free Fire Redeem Codes Today 30 June 2022: Here is how to claim them

Samsung Galaxy M32 is now getting a price cut of Rs...

Samsung Galaxy A73 5G review: Almost perfect, should you pick it...

Garena Free Fire Redeem Codes Today 30 June 2022: Here is how to claim them