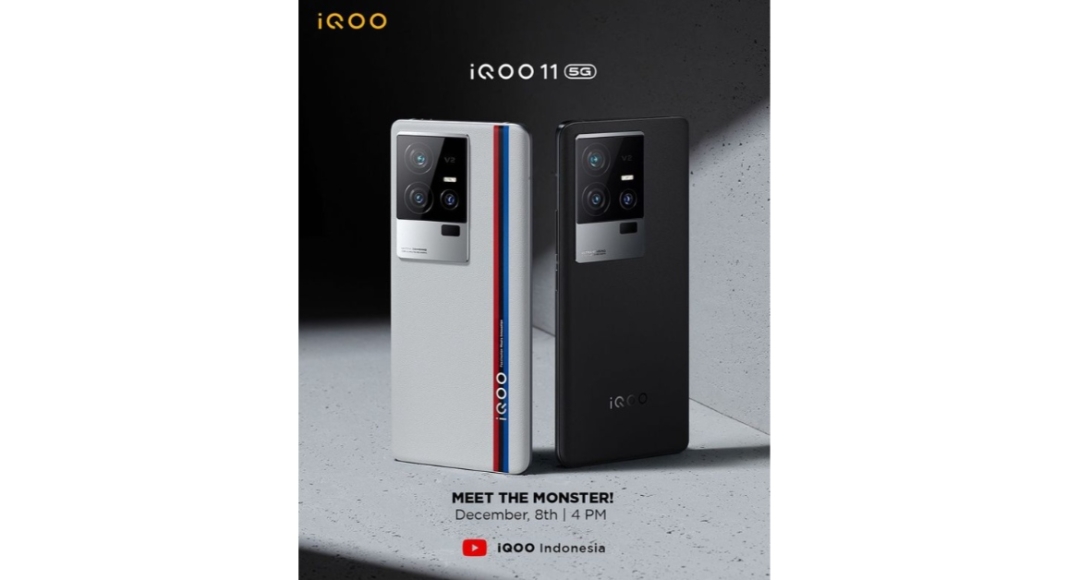 The launch of iQOO 11 5G will now take place on December 8. Along with the iQOO 11, iQOO is also anticipated to release the iQOO Neo 7 SE. The iQoo 11 5G smartphone will be released in a special version with a BMW Motorsport theme. It is confirmed that a Snapdragon 8 Gen 2 SoC powers the gadget. Other anticipated features of the iQoo 11 5G suggest a 5,000mAh battery with 120W fast charging capabilities.

The debut on December 8 is for the Indonesian market, but it is anticipated that China will also experience a comparable event on the same day. The launch was originally scheduled for December 2, but it was delayed because Jiang Zemin, the former president of the People’s Republic of China, passed away. The iQoo 11 5G will be unveiled during the business’ launch event which is slated to begin at 2:30 PM IST, according to an Instagram post uploaded on iQoo Indonesia’s Instagram account.

The iQoo 11 5G smartphone will include the most recent Snapdragon 8 Gen 2 SoC from Qualcomm together with LPDDR5x RAM and UFS 4.0 storage. Along with 256GB and 512GB of internal storage, the smartphone will reportedly arrive with 8GB and 12GB RAM configurations. The iQoo 11 5G is anticipated to have further specifications that indicate its 5,000mAh battery will allow 120W of rapid charging. Rumour has it that the iQoo 11 5G will also have an E6 AMOLED display with a 144Hz refresh rate and up to 2K resolution.

There will be a customised version of BMW Motorsport on the smartphone, according to another Instagram post from their account. According to rumours regarding the iQoo 11 5G’s camera, the device will have a triple back camera setup. The camera arrangement will consist of a 12-megapixel telephoto lens, a 13-megapixel ultra-wide lens, and a 50-megapixel primary camera. The device might possibly have a 16-megapixel front-facing selfie camera.

Komila Singhhttp://www.gadgetbridge.com
Komila is one of the most spirited tech writers at Gadget Bridge. Always up for a new challenge, she is an expert at dissecting technology and getting to its core. She loves to tinker with new mobile phones, tablets and headphones.
Facebook
Twitter
WhatsApp
Linkedin
ReddIt
Email
Previous article
How to track product prices on Google Chrome and save money?
Next article
Best methods to Reverse Search On Google Using an Image or Video (2023)