iQoo 9T 5G arriving in India today: Here is how to watch the launch event

The device will be available via Amazon soon after it gets launched in the country. 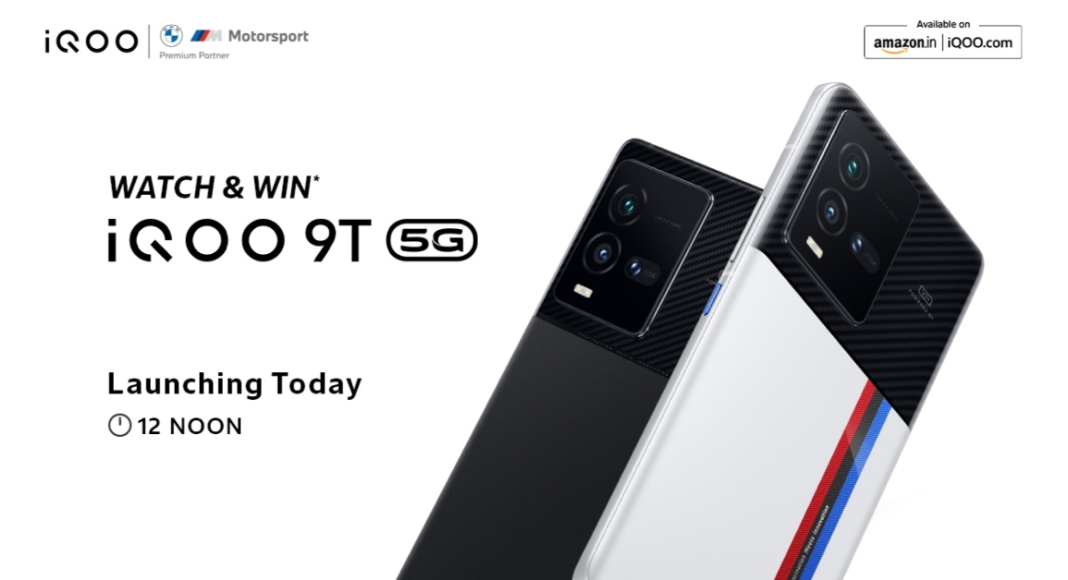 The iQoo 9T 5G will be released in India today, and all there is to know about the smartphone has already been made public online. The device will be powered by the most recent Qualcomm Snapdragon 8+ Gen 1 CPU. The BMW Motorsport M-theme, which has been featured on other recent smartphones released by the firm, will be present on the new iQoo 9T. Here’s everything you need to know.

The iQoo 9T 5G will be unveiled by the smartphone manufacturer in India today. The company will be hosting an online launch event that will begin at 12 noon via the company’s official social media channels and YouTube channel.

Customers of ICICI Bank will also receive a Rs 4,000 rebate. When exchanging an iQoo smartphone, you can save up to Rs 7,000, however, when trading a non-iQoo device, you can save up to Rs. 5,000. A cost-free EMI option for up to 12 months will also be available. The smartphone appears to be a rebranded version of the iQoo 10, which was introduced in China earlier this month, based on its specifications.

iQoo India referenced an internal study that described the iQoo 9T 5G in its configuration with 12GB of RAM and 256GB of storage. According to reports, it received the highest AnTuTu score—more than 1.1 million—in the sub-Rs 55,000 categories. AnTuTu Benchmark version 9.4.1, according to the company, was used to assess the smartphone.

Komila Singhhttp://www.gadgetbridge.com
Komila is one of the most spirited tech writers at Gadget Bridge. Always up for a new challenge, she is an expert at dissecting technology and getting to its core. She loves to tinker with new mobile phones, tablets and headphones.
Facebook
Twitter
WhatsApp
Linkedin
ReddIt
Email
Previous article
Amazon Quiz Answers Today 2 August 2022: Participate to win Rs 1,000 Amazon Pay Balance
Next article
Garena Free Fire Redeem Codes Today 2 August 2022: Here is how to claim them