The device is said to have achieved the highest AnTuTu score of over 1.1 million in the sub Rs 55,000 sector. 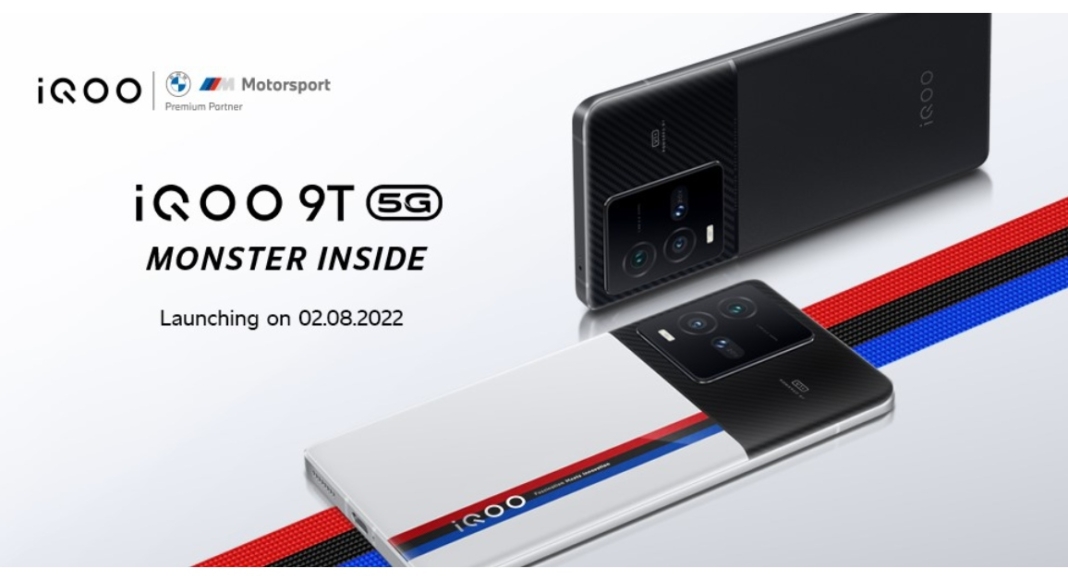 The iQoo 9T 5G launch in India is scheduled for August 2, according to the smartphone’s Amazon page. iQoo 9T 5G has the highest AnTuTu score of over 1.1 million in the market. In addition to this, it will be launching with 12GB RAM with 256GB internal storage model of the phone. The Qualcomm Snapdragon 8+ Gen 1 SoC will undoubtedly power the gadget, according to the listing.

On August 2, the smartphone maker will introduce the iQoo 9T 5G in India. Prior to that, iQoo India had tweeted the same launch date, which was later deleted. The device will be available for purchase via Amazon and iQoo’s online shop in the country.

According to a recent report, the iQoo 9T 5G would cost Rs 55,000 when it is released in India. Additionally, Alpha and Legend colour options are anticipated to be offered.

Additionally, iQoo India announced the AnTuTu benchmark results and launch date for the 12GB RAM with 256GB internal storage edition via its official Twitter account. Soon after, the aforementioned Tweet was published once more, but this time without the launch date just listed the smartphone’s AnTuTu score.

According to an internal study cited by iQoo India, the iQoo 9T 5G, in its form with 12GB with 256GB storage. It is said to have achieved the highest AnTuTu score of over 1.1 million in the sub Rs 55,000 sector. The business claims that AnTuTu Benchmark version 9.4.1 was used to evaluate the smartphone.

Recently, the iQoo 9T 5G landing page went live on Amazon, revealing the features of the smartphone. According to the listing, the Qualcomm Snapdragon 8+ Gen 1 SoC would definitely power the device.

Komila Singhhttp://www.gadgetbridge.com
Komila is one of the most spirited tech writers at Gadget Bridge. Always up for a new challenge, she is an expert at dissecting technology and getting to its core. She loves to tinker with new mobile phones, tablets and headphones.
Facebook
Twitter
WhatsApp
Linkedin
ReddIt
Email
Previous article
Amazon Quiz Answers Today 22 July 2022: Participate to win Rs 2,000
Next article
Can a mobile phone be tracked when switched off? Is it possible?