iQoo Neo 6 Review: Performs flawlessly, but should you buy it?

In this iQoo Neo 6 review, we have examined and showcased our experiences with the device and determine whether you should buy it? 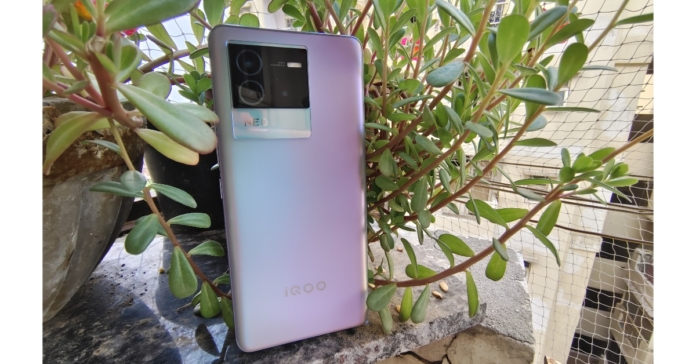 The first Neo smartphone to be released in India by Vivo’s subsidiary is the iQoo Neo 6. It includes a 4,700mAh battery, a Snapdragon 870 processor, and a 120Hz AMOLED screen. It is a gaming cell phone for casual to pro players. In this iQoo Neo 6 review, we have examined and showcased our experiences with the device and determine whether you should buy it?

We have the Cyber Rage colour variant with us of the device. It has a gradient finish with blue, pink, and purple colourations. It has a matte finish back with a textured appearance. Due to the matte texture on the plastic back panel, fingerprints are hardly noticeable. In our opinion, the camera module is definitely eye-catching, and we appreciated the NEO logo that is located at the base of the camera island. 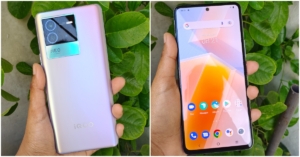 The phone actually has a good in-hand feel, and as said the rear panel is composed of plastic rather than glass to keep it light. The Type-C port and a stereo speaker grille can be found at the bottom. A power button and volume rocker keys made of plastic are located on the right side of the frame, which is made of plastic as well. On the top, there is an IR emmiter as well. Before we wrap up the design, we should mention that the iQoo Neo 6 has an IP52 rating, which is actually quite nice to have on a phone like this. 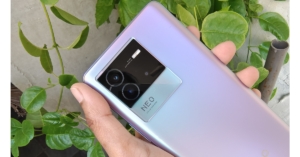 Now let’s talk about the display. The 6.62-inch E4 AMOLED full-HD+ display on the iQoo Neo 6 boasts a resolution of 1,080 by 2,400 pixels, a refresh rate of 120 Hz, and a touch sampling rate of 360 Hz. It has a max brightness of 800 nits and supports HDR playback for watching Netflix and YouTube videos.

In the software display settings, you may also find a professional option that, when used, seems very natural. We encountered no problems with the iQoo Neo 6, and for the price it is offered at, it is actually excellent. With a smart switch that alternates between 60Hz and 120Hz, you naturally get a 120Hz refresh rate, but you also get a touch sampling rate of 360Hz. 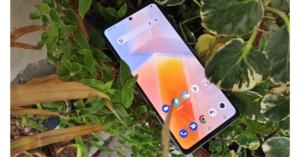 The phone also has an optical in-display fingerprint sensor, which is located very low but quickly unlocks the device. Additionally, you receive an x-axis vibration haptic feedback motor that improves both the typing and gaming experiences.

The BGMI graphics settings are set to HDR and aggressive for our gaming tests. While Call of Duty can be played at maximum and very high settings. It is noteworthy that the gadget does not heat up or throttle as much, when compared to its competition. It includes a liquid cooling vapour chamber for improved heat management while gaming. 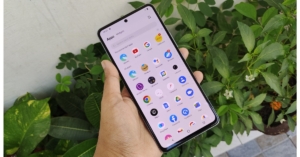 Funtouch OS 12 on Android 12 powers the smartphone. The fact that it leaves background apps running without hogging too much memory is its best feature. Two years of software updates and three years of security patches are promised by iQoo, too. Although some pre-installed bloatware apps can be a problem, they are simple to remove to save space.

The iQoo Neo 6’s triple rear cameras are set up for taking pictures and recording videos with ease. The primary camera is a 64-megapixel Samsung ISOCELL GW1P sensor with an f/1.89 aperture and optical image stabilisation. An 8-megapixel wide-angle camera has an f/2,2 aperture, and there is a 2-megapixel macro camera with an f/2.4 aperture. The front of the iQoo Neo 6 boasts a 16-megapixel camera with an f/2.0 aperture for selfies and video calls. 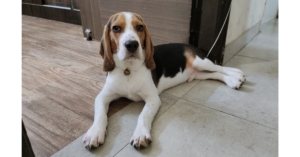 The primary sensor has a broader field of vision and is good at retaining information. Bright colours like red were washed out in terms of colour, which made photos lack punch. We found that the iQoo Neo 6 struggles to regulate highlights when shooting HDR photographs, and the results appear a bit blown out. The images lack depth since there is insufficient contrast and the subject does not stand out. Edge detection, background blur, and colour details are all accurately rendered in portrait mode.

A more realistic exposure of the picture with good detail retention is provided in the low-light shots. You will, however, notice some yellow-tinted noise, which is strange, but hope the next software update will take care of it. The macros, on the other hand, are clear and authentic. The smartphone also provides clear ultra-wide photos outdoors. Similar to this, ultra-wide photographs taken in low light appear clear, detailed, and noise-free.

Neo 6 captures reasonable amounts of detail and gives true facial colours in selfies. At the same time, the backdrop blur effect and edge detection in selfie portraits are flawless. Selfies in low light are also interesting.

The 4,700mAh battery in the iQoo Neo 6 supports 80W FlashCharge (the charger comes inside the box). The compatible charger needs about 30 minutes to fully charge the phone. The iQoo Noe 6’s battery life is one of its best features; with regular use, it lasts for more than 1.5 days.

The iQoo Neo 6 is a mid-range smartphone that is easily accessible to those with limited budgets for flagship devices. Despite the fact that it is made of plastic, we really liked the design because it is lighter and slimmer, and it feels great in the hand. Overall, the iQoo Neo 6 performs flawlessly for the majority of graphically demanding games at the highest setting, with superior thermals and battery life too. So at Rs 32,999 is it a good choice? Yes, if you want a gaming smartphone that does not heat up easily and can play demanding games, go for it.

- Advertisment -
iQoo Neo 6 Review: Performs flawlessly, but should you buy it?The first Neo smartphone to be released in India by Vivo's subsidiary is the iQoo Neo 6. It includes a 4,700mAh battery, a Snapdragon 870 processor, and a 120Hz AMOLED screen. It is a gaming cell phone for casual to pro players. In this...