HomeMobilesiQoo Z3 5G confirmed to launch in India on June 8, gets...

iQoo Z3 5G confirmed to launch in India on June 8, gets listed on Amazon 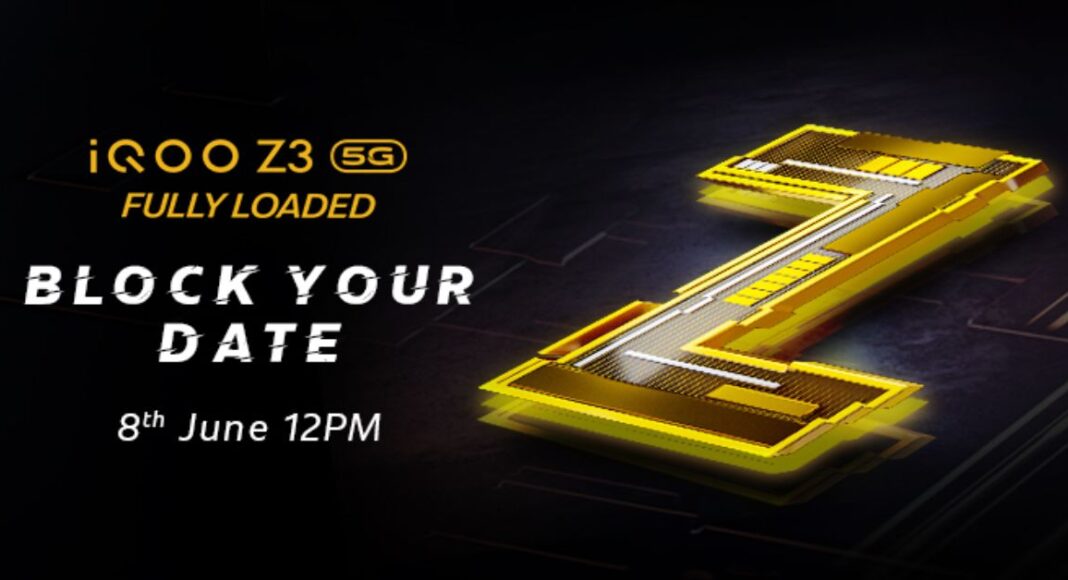 iQoo has just now confirmed to launch iQoo Z3 5G in India on June 8. The device also got listed on the e-commerce website Amazon to tease its availability. The company has yet confirmed other specs but has revealed the processor. As per the company, the upcoming phone will be India’s first to have Qualcomm Snapdragon 768G SoC.

Vivo’s sub-brand took to Twitter to officially announce the exact launch date for its upcoming smartphone iQoo Z3 5G. According to the company, it has scheduled to launch its 5G smartphone in India on June 8 at 12 noon. However, it is not yet clear whether it will be hosting a dedicated event virtually. Prior to its official launch, the company has listed the device on Amazon to tease its availability. The Notify Me button has also gone live on the e-commerce platform.

The company is also running a contest that will give a chance to three lucky winners to win iQoo Z3 smartphones. To take part in the contest the participants need to enable the notifications by hitting the “Notify Me” button on the dedicated microsite on the e-commerce platform. After doing this the participant needs to tweet the screenshot of the teaser poster with #iQOOZ3 #iQOOZ3Contest also tagging @iqooInd, @amazonIN. The participant should also follow both the iQoo and Amazon Twitter handles on Twitter.

iQoo Z3 5G was launched in China in March this year. The device runs OriginOS for iQoo 1.0 based on Android 11. It features a 6.58-inch full-HD+ LCD display offering 1,080×2,408 pixels of resolution and 120Hz refresh rate support. The device is powered by an octa-core Qualcomm Snapdragon 768G SoC with Adreno 620 GPU. There is expandable storage of up to 1TB using a microSD card.

For the photos and videos, there is a triple rear camera setup that includes a 64-megapixel primary sensor. In addition to this, there is an 8-megapixel ultra-wide-angle sensor and a 2-megapixel lens. Upfront there is a 16-megapixel camera sensor for taking selfies and video calling.

In addition to this, the 5G smartphone has a 4,400mAh battery on board with 55W fast charging support. On the connectivity front, there is 5G, 4G LTE, dual-band Wi-Fi, Bluetooth v5.1, GPS, 3.5mm headphone jack, and a USB Type-C port.

Komila Singhhttp://www.gadgetbridge.com
Komila is one of the most spirited tech writers at Gadget Bridge. Always up for a new challenge, she is an expert at dissecting technology and getting to its core. She loves to tinker with new mobile phones, tablets and headphones.
Facebook
Twitter
WhatsApp
Linkedin
ReddIt
Email
Previous articleGoogle Pixel 6 and Pixel 6 Pro tipped to come with improved cameras and Gimbal like image stabilisation mode
Next articleNvidia announced GeForce RTX 3080 Ti and GeForce RTX 3070 Ti graphics card at Computex 2021: Will soon come to India