Sneaky Sasquatch, is also getting a major content update. 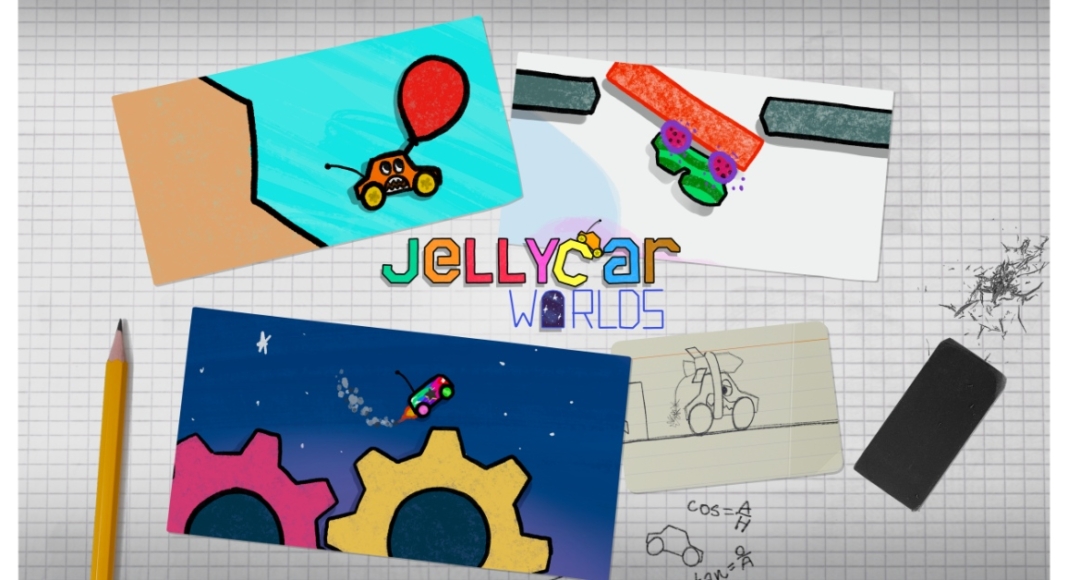 Apple Arcade released a new vintage driving game called JellyCar Worlds. According to Apple, the game features classic and unusual soft body mechanics and gameplay in the present era. It provides an ad-free gaming experience on supported iPhones, iPads, and Macs. Players must journey across several jelly-made worlds in a jelly-made automobile. Moreover, Sneaky Sasquatch, is also getting a major content update.

JellyCar Worlds, from Walaber Entertainment, brings the iconic iOS game — with its nostalgic and characteristic soft body mechanics and gameplay — into the modern day. The idea is simple enough: you play as a jelly automobile, and deliciously gelatinous hijinks occur.

JellyCar Worlds is an all-new modern take on the JellyCar game, with the same unusual soft body mechanics and gameplay. Travel across different jelly-made worlds on a jelly-made automobile. Players will use the gelatinous nature of the vehicle and environment to navigate levels, overcome obstacles, and find the exit. Players can even develop their own car designs and record their own sound effects.

As previously stated, Sneaky Sasquatch is getting a huge content update. Sasquatch is running for mayor in this significant new update. Sasquatch’s home is once again in jeopardy, and only a successful election campaign to become mayor can rescue it. Players will be tasked with erecting signs, advertising on billboards, shaking hands with locals, befriending as many people as possible, and other tasks.

SongPop Party now features a new Chat feature that enables participants to send messages and emotes to other players. Players may also check out five new festive playlists for SongPop Party’s in-game Christmas event, which runs from December 15 to December 25, as well as five new playlists for the game’s New Year event, which runs from December 26 to January 2.

Komila Singhhttp://www.gadgetbridge.com
Komila is one of the most spirited tech writers at Gadget Bridge. Always up for a new challenge, she is an expert at dissecting technology and getting to its core. She loves to tinker with new mobile phones, tablets and headphones.
Facebook
Twitter
WhatsApp
Linkedin
ReddIt
Email
Previous article
Garena Free Fire Redeem Codes Today 14 December 2022: Here is how to claim them
Next article
How to perform a Hard reset or Factory reset on Samsung smartphones?