Some good options for anyone planning to buy a TV in the budget range. 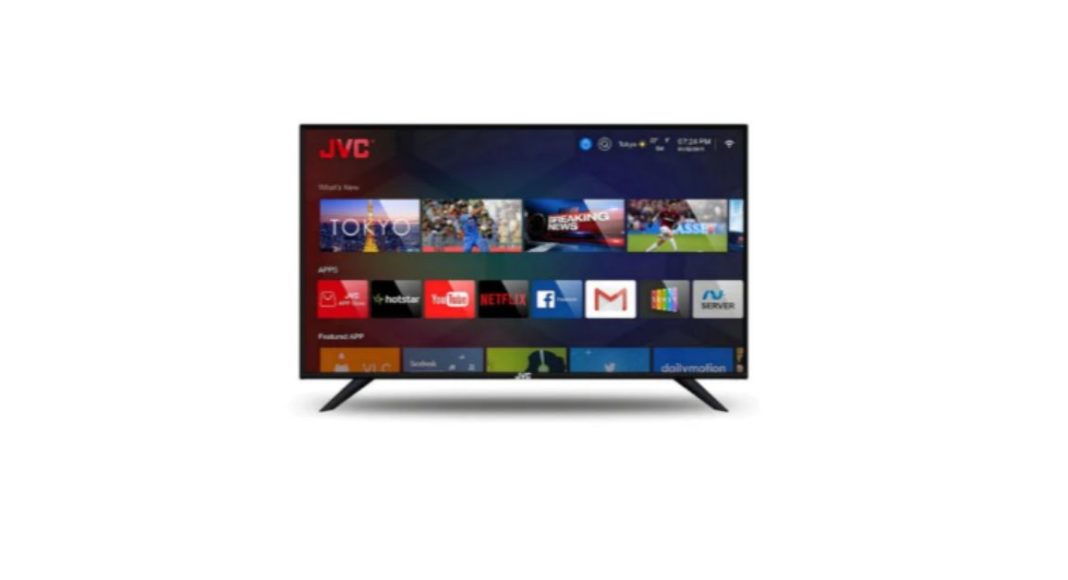 JVC TVs, that get manufactured and marketed in India by the Viera Group, has announced six new LED TVs in India this week. The new televisions that have been launched today are a part of the affordable smart TV range and start at Rs 7,499. The size of the televisions ranges from 24-inches to 39-inches. The new offerings from JVC are available for purchase on Flipkart and come with a number of features like smart connectivity, in-built Bluetooth and more. The product that is being touted the most out of the six is JVC 32N3105C, that costs Rs 11,999.

We should mention that the JVC 32N3105C has Intellectual UI, that can enable to adapt to user interests and serve them the content of their choice on the home screen. The interface comes with in-built apps like YouTube and Netflix. Other than this, users will also have the option of installing other applications. The new television comes with a 1366×768-pixel resolution and has a media player that can play downscale higher-resolution content to play it on the screen.

The television comes with a 24W sound output and is powered by a quad-core processor clubbed with 1GB of RAM and 8GB of internal storage. The device also comes with support for screencasting using Miracast and has three HDMI ports, two USB ports, in-built Wi-Fi, and it also supports connectivity via Ethernet. It also has a smart remote that can make it easier for the user to navigate on the smart interface.

We should mention that the company has recently ramped up its activity in India and has been launching a number of products that have powerful specifications and are priced competitively. These include the JVC 43N7105C and 55N7105 TVs, that was launched sometime back and have support for 4K resolution.

The budget segment of the television market in India is now growing very rapidly. A number of companies have started competing with each other in the segment by launching affordable TVs that come with attractive features and powerful specifications. You can check out such newly launched TVs here.

Avani Baggahttp://www.gadgetbridge.com
Avani has an immense love for reading, travelling and food, but not necessarily in the same order. Avani almost started pursuing law, but life had other (better) plans for her and she chose to be a writer instead (luckily!) She previously covered technology at Times Internet and wrote about smartphones, mobile apps and tech startups. When she’s not writing, you’ll be able to find her in book stores or catching up on her social life.
Facebook
Twitter
WhatsApp
Linkedin
ReddIt
Email
Previous article
Gmail’s ‘Dynamic Email’ feature to roll out to all starting July 2
Next article
Google’s search menu gets revamped with new icons