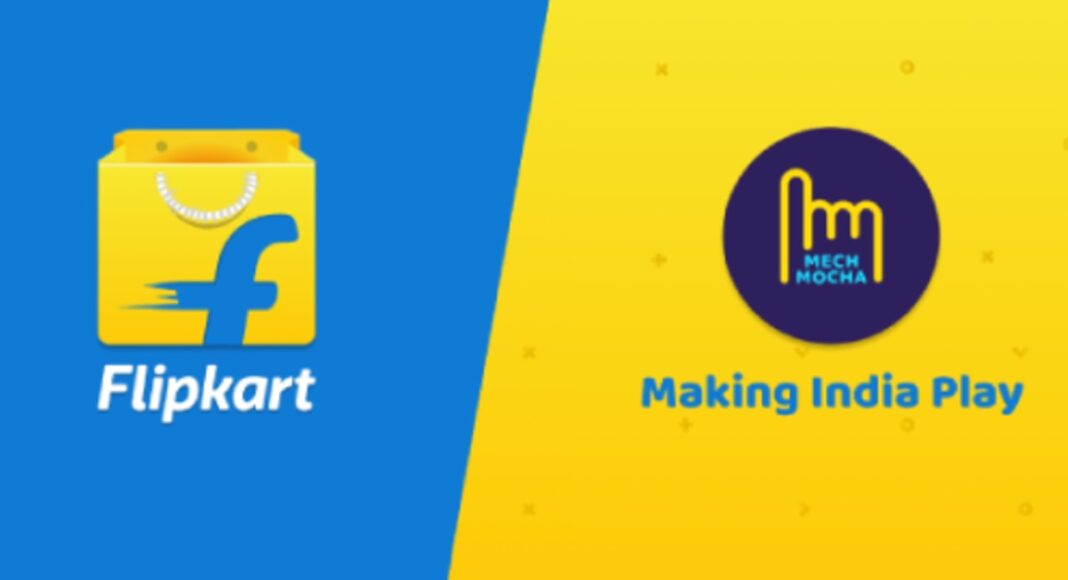 In order to strengthen its gaming strategy as Social mobile gaming is seeing massive growth and adoption in India owing to the COVID-19 panedmic, Flipkart has now acquired Intellectual Property of Mech Mocha-a mobile gaming startup that runs India’s first live-social gaming platform ‘Hello Play’. Apart from this acquisition of the company’s IP, Mech Mocha’s skilled gaming team will also collaborate with Flipkart as the company continues to focus on developing new and innovative formats to engage with users on its platform.

As the Mech Mocha team joins Flipkart, they will focus on scaling Flipkart’s gaming efforts under the leadership of Prakash Sikaria, Vice-President at Flipkart.

Emphasising that Flipkart focuses on providing consumers with an opportunity to access great products and content, Prakash Sikaria, Vice-President, Flipkart, said, “We see many first-time e-commerce users come online through formats such as video and games, as they build familiarity with the medium. Our observations of Flipkart GameZone, reflect this trend as we see a strong correlation between casual gamers becoming early shoppers on Flipkart for their digital journey.”

According to Flipkart, Mech Mocha’s gaming platform supports seven Indian local languages and has more than 10 games. The list comprises of Indian multiplayer games such as Ludo, Carrom, Snakes & Ladder and Cricket.

“With Vocal for Local being the focus for digital apps across the nation, this strategic backing of Flipkart provides us an opportunity to be part of a larger ecosystem that helps us create unique social gaming experiences for Indian users. We look forward to being a part of the Flipkart ecosystem and leveraging the Flipkart Cloud Platform, Super Coins, Reward store and Flipkart Ads platform to strengthen the platform for our users,” said Arpita Kapoor, Co-Founder & CEO, Mech Mocha.

Flipkart further added that the eCommerce company will also strengthen its capabilities in the gaming domain with access to Mech Mocha’s IP, games and talented team that will help in acceleration of its efforts in the world of gaming.

Meanwhile, CMR in its latest report titled ‘The Next Gen Mobile Consumer’ has revealed that mobile gaming has increased among three in every five serious gamers, with four hours being average duration of increase since the lockdown began in India.

Asserting that the growth of powerful smartphones along with reliable internet is driving mobile gaming in India, Prabhu Ram, Head-Industry Intelligence Group, CMR, said, “Mobile gaming in India is driven by an array of gamer personas, ranging from the serious to the hyper-casual gamers. They differ from each other in terms of the time spent, the genres played, the places played at, and most importantly, their outlook to mobile gaming.”

Besides this, the report also notified the shift from freemium to paid-gaming apps in line with the increased time spent on mobile gaming. Interestingly, 15 percent of the gamers moved to paid mobile gaming apps during lockdown. Moreover, three in every five gamers believe that mobile gaming enabled them in overcoming social isolation during the lockdown period.