Know how WhatsApp users can send Payments in India

Payments on WhatsApp is now available for people on the latest version of the iPhone and Android app. 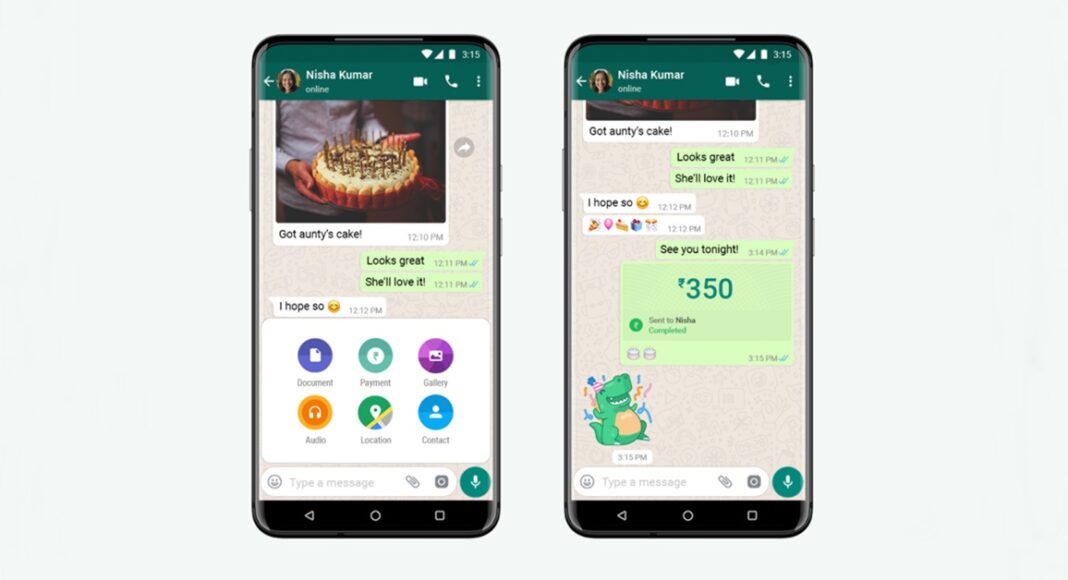 Since the start of year 2020, WhatsApp has been rolling out interesting features to simplify lives of its users. Now the latest development by the Facebook-owned instant messaging app enables its users across India to send money via WhatsApp. Payments on WhatsApp is now available for people on the latest version of the iPhone and Android app.

Mind you! This secure payments experience helps WhatsApp users to safely send money to a family member or share the cost of goods from a distance without having to exchange cash in person or going to a local bank. Isn’t this time saving too? In an official blog post, WhatsApp has asserted, “We’re excited to join India’s campaign to increase the ease and use of digital payments, which is helping expand financial inclusion in India.”

In collaboration with the National Payments Corporation of India (NPCI) using the Unified Payment Interface (UPI), WhatsApp has designed the payments feature to enable transactions with over 160 supported banks.

All that is required to send money on WhatsApp in India, is to have a bank account and debit card in the country. WhatsApp sends instructions to banks, which are also known as payment service providers, to initiate the transfer of money via UPI between sender and receiver bank accounts. It was revealed that WhatsApp will be working with five leading banks in India: ICICI Bank, HDFC Bank, Axis Bank, the State Bank of India, and Jio Payments Bank. This means that people can send money on WhatsApp to anyone using a UPI supported app. Just like every feature in WhatsApp, payments is designed with a strong set of security and privacy principles, including entering a personal UPI PIN for each payment.

In the times ahead, it is likely that the combination of WhatsApp and UPI’s unique architecture can help local organizations deal with some of the key challenges like increasing rural participation in the digital economy and delivering financial services to those who have never had access before.

Initially, WhatsApp is starting with 7 days because it believes that it offers peace of mind that conversations aren’t permanent, while remaining practical so that one doesn’t forget what they were chatting about. The shopping list or store address that one receives a few days ago will be there while they need it, and then disappear after they don’t need it anymore.

Saba Haiderhttp://www.gadgetbridge.com
Facebook
Twitter
WhatsApp
Linkedin
ReddIt
Email
Previous article
BigBasket data breached of over 2 crore users, up for sale on the dark web
Next article
Leaks suggest Samsung Galaxy S21 Ultra to have a 108-megapixel rear sensor and no ToF camera in the setup