The message would disappear if a user doesn’t open message in a seven-day period. 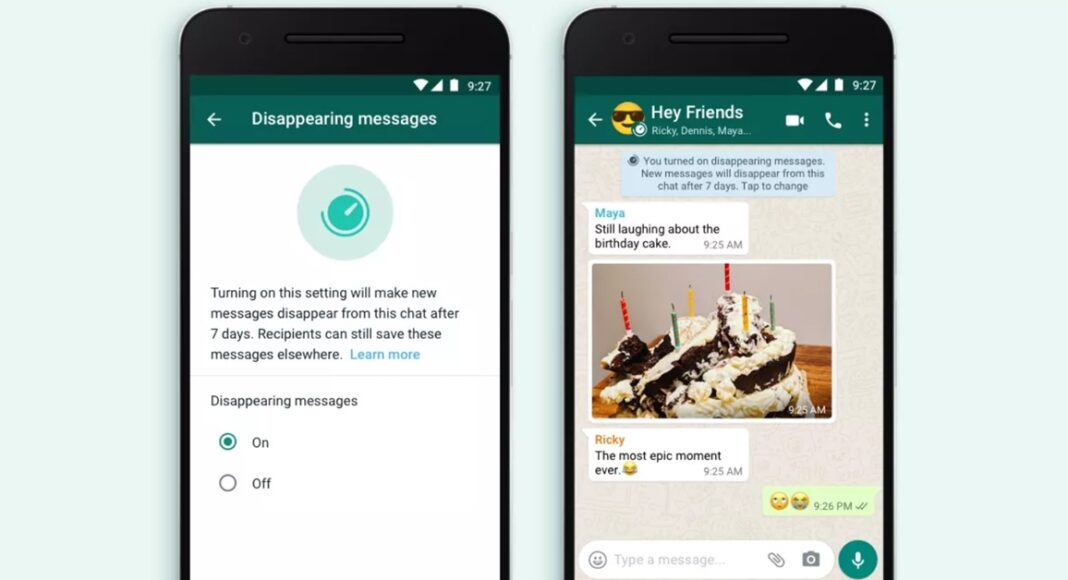 Often reading old messages on WhatsApp, brings a smile on our faces. Now, the Facebook-owned instant messaging app has introduced the option to use disappearing messages to make conversations feel as close to in-person as possible that means they shouldn’t have to stick around forever.

Initially, WhatsApp is starting with 7 days because it believes that it offers peace of mind that conversations aren’t permanent, while remaining practical so that one doesn’t forget what they were chatting about. The shopping list or store address that one receives a few days ago will be there while they need it, and then disappear after they don’t need it anymore.