The camera slider that we first saw in Oppo Find X is soon becoming a trend. Last week saw the launch of Xiaomi Mi Mix 3 that houses its selfie cameras in its slider and now, Lenovo is all set to launch its Z5 Pro smartphone with a camera slider this week. Lenovo Z5 Pro, which was earlier scheduled to launch on October 1, will now get launched on November 1.

Lenovo’s VP Chang Chen has posted new posters on Chinese social networking website Weibo, and the posters suggest that Lenovo Z5 Pro will comes with a camera slider and will be launched this week on November 1. 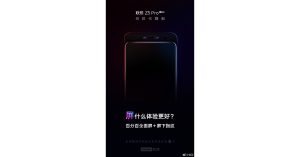 An all-screen bezel less smartphone is highlighted in the poster and along with it shows the camera slider up. Another thing that can be seen in the poster shared on Weibo is that Lenovo Z5 Pro will come with dual selfie cameras. Going by the caption written by Chen, the  Android smartphone is also likely to come with an in-display fingerprint sensor, like smartphones from Vivo and OnePlus 6T. 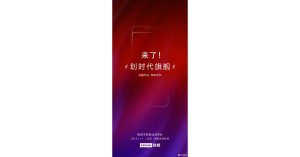 It is worth noticing that the smartphone will be launched in China first. 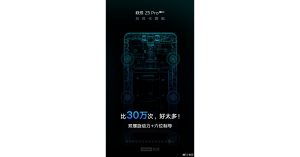 Other posters that Chen has shared reveal that Lenovo Z5 Pro will come with a specialised chip for hardware encryption. This is something that we have earlier seen in Google Pixel 3 and it is aimed at professionals who require some security in their smartphones. 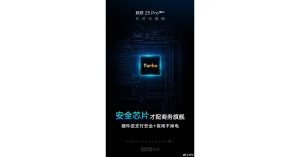 The poster shows the image of a chip with ‘Turbo’ written on it hinting on a feature to boost performance. Another teaser by the company confirms the presence of Dolby Atmos. 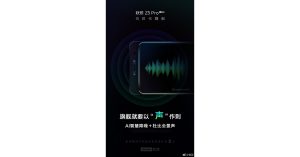 However, Chen had earlier shared teasers of a smartphone with notch-less display, a massive battery and 4TB of storage before Lenovo Z5, and none of these features actually made it to the smartphone at its launch. Considering this, we would believe that the features that have been teased by him are present on the device only when we see them when the smartphone is launched.

Not many other details of Lenovo Z5 Pro are available as of now, and we think it’s better to just wait for the device rather than go by what speculations say.