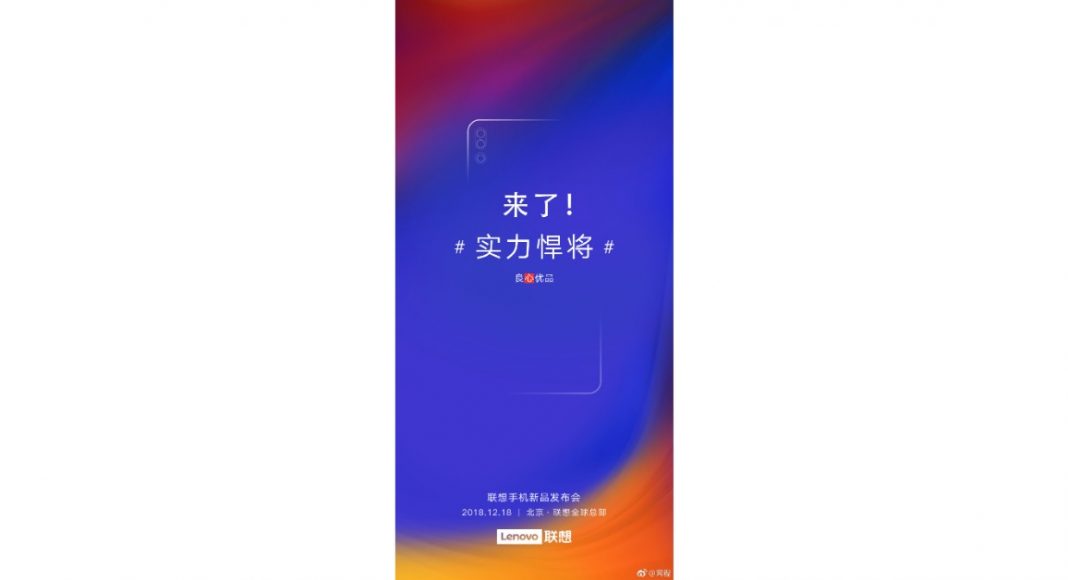 The Lenovo Z5s which was supposed to be launched on December 6, the company has postponed the launch date. Instead of December 6 it is December 18 now. This has been realised after the Lenovo Group VP Chang Cheng released a new poster of the phone recently.

TENAA has also released a few of the phone’s technical specification. These includes a 3,120mAh battery. Its dimensions are 156.7×74.8×7.8mm and it comes with a 6.3-inch touch display. The good thing about the phone’s battery is that it supports 18W fast charging.

Two Weibo images that were revealed say a lot about the phone. In the first image the Lenovo Z5s looks alluring in its gradient colour. In the second image it shows that the phone has a triple rear camera setup. The Lenovo Z5s would be unveiled at the Lenovo global headquarters situated in China on its launch date. Since Lenovo is known to announce multiple products during its launch it is expected that it would announce the Lenovo K5X mid-range smartphone, too. 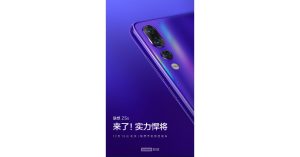 Jumping back to the cameras, since there is a gap between its dual camera sensors and its third lens the camera resembles with that of the Huawei P20 Pro. Over that, there is an LED flash below the triple camera setup in Lenovo Z5s. Some other leaked images of the smartphone are also doing the rounds, which show something interesting in terms of display. Unlike the Samsung Galaxy A8s and Huawei Nova 4, which has a feature in-screen camera hole at the top left hand-corner, the Lenovo Z5s will have its camera hole towards the centre upper portion of the display.

As of now there is no word on the CPU and RAM configuration of the smartphone. Rumour mill does suggest a 64GB variant. Whatever the case be, by the looks of it, the Lenovo Z5s will give rich photographic experience to its users. And seems like three rear camera driven smartphones are becoming a fad now and we expect more such phone to crop up in the next quarter. MWC is right around the corner and probably then we will see more such phones come out of their factory quarters in full glory to the world.